Galileo Failure: “Who relies on a single system is stupid” – Der Spiegel 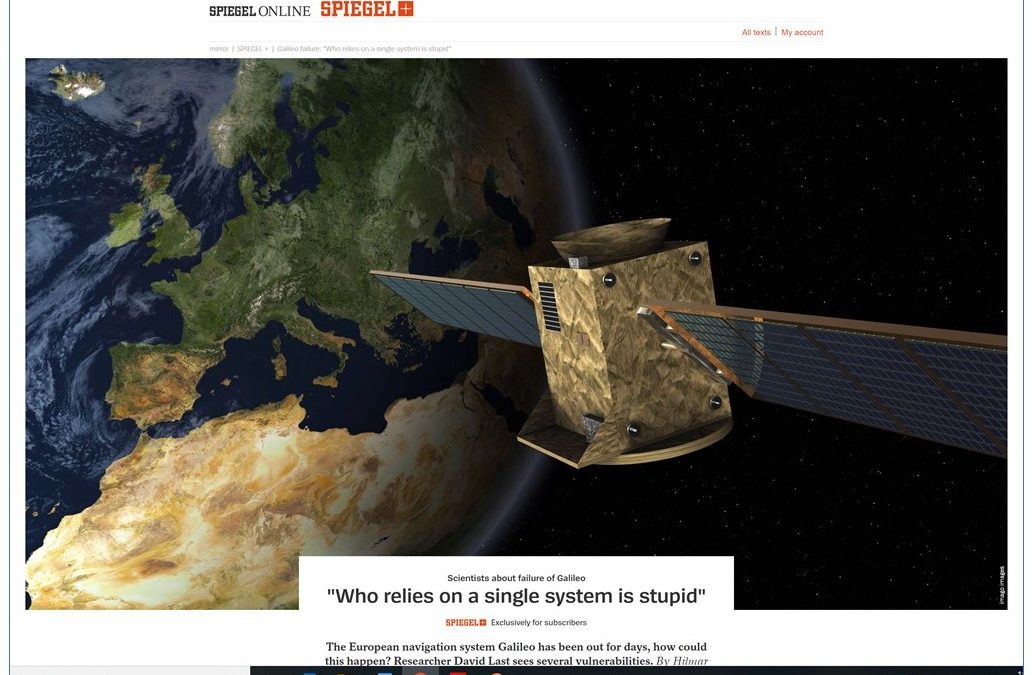 Blog Editor’s Note: The below article is an interview with Professor David Last by the popular German media outlet “Der Spiegel.”

Prof. Last is a member of the RNT Foundation’s International Advisory Council.

Scientists about failure of Galileo

“Who relies on a single system is stupid”

Exclusively for subscribers
The European navigation system Galileo has been out for days, how could this happen? Researcher David Last sees several vulnerabilities. By Hilmar Schmundt

David Last is considered one of the most respected navigation technology professionals in Europe. The 79-year-old was President of the British Royal Institute of Navigation and President of the International Loran Association and is a Fellow of the Institution of Engineering and Technology. He has published more than 400 essays on subjects such as GPS, Loran, Galileo, Argos, Decca Navigator System or Omega. Since retiring as the head of Radio Navigation Group at the University of Wales, he regularly appears as a reviewer in court when negotiating the validity of position and navigation cases.

SPIEGEL:  Mr. Last, the Galileo navigation system is to become the European answer to the American GPS. Then the satellites fell off for about a week, since the 18th of July, it is running reasonably well again. What was going on?

Last: I’m very well networked, but for the first few days the operators kept themselves covered as if it were a state secret. Something like that is known about military systems, but Galileo has now started with the claim to operate a civilian system. But a wall of silence? So you can not deal with civilian customers.