Thousands of Trains Across USA Had GPS Problems 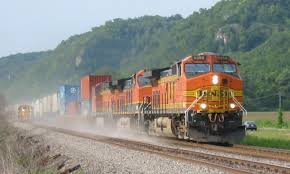 Blog Editor’s Note: We haven’t published a lot about GPS and other navigation problems in the rail industry. For one thing, it is hard for most people to imagine a train getting really lost. They tend to stay fairly close to where the rails are. Also, the industry hasn’t published much.

We understand, though, that railroad GPS problems have often been discussed at industry gatherings and are becoming more topical. Part of this is the implementation of Positive Train Control, or PTC, a legislatively mandated safety system that uses GPS.

Last month, two GPS disruption reports were filed with the US government by members of the railroad industry. Both reported problems that extended over the course of weeks.

We are a bit disappointed with the government’s standard “user equipment” explanation. One would think that with:

they would want to know what is going on, dig a bit deeper, and let the rest of us know so we can avoid similar problems.

But that is one of the big bureaucratic problems we have with GPS in the USA.  The Air Force is responsible for broadcasting a great signal, which they almost always do, but once it leaves the satellite, they are done. No one is responsible for making sure the signals get to Earth safely and are usable.

By the way, this is not a critique of our friends at the USCG Navigation Center who collect these reports. They do a great job and often work way outside their areas of responsibility to protect the nation. This is a national policy problem that can only be resolved by the White House.

In the below reports, we made some text bold for emphasis and added a note in italics.

User: Over the past week, we have been experiencing issues with our GPS system reporting a high HDOP (Horizontal Dilution of Position) value. We have a system installed on our locomotives called Positive Train Control (PTC) that uses GPS to validate a train location and requires a certain level of accuracy from GPS. We have seen the HDOP value rise from an average of 0.9 to 2.2 in the past week. We are inquiring if there have been any changes made that could account for the sudden increase in HDOP values?

NAVCEN: The GPS Operations Center reviewed the GPS Constellation and Control Segment, there are no known anomalies that might affect GPS signal integrity at the time and vicinity of the reported problem. HDOP average at the point of interest was reviewed between 3 and 11 June and found to be 1.5. There were times when the maximum HDOP value for the day reached 2.5, but only for a few minutes. These values are typical historically for the area. Space weather was reviewed and found unlikely to have impacted GPS performance. There were no authorized GPS tests in the area. No correlating reports from other users or interagency partners.

User: Equipment on railroad locomotives is showing diminished position accuracy. Since June 2 across a fleet of several thousand locomotives in the US the positional accuracy is decreasing. This decrease is documented by lower average # of satellites received and higher HDOP values reported by the receiver. An alarm is generated by our system when the HDOP reported by the receiver in the GPGGA message stays above 2 for 10 minutes or more. While admittedly not completely accurate, this makes a convenient marker for diminished accuracy. This alarm was generated by 6 trains in Oklahoma June 2nd but has been seen from the east coast to the west coast in the days since. A similar by possibly not related issue occurred in the Midwest December 7 of 2018 with roughly 500 trains generating this error over the day. The alarms did not repeat until June 2nd. Previously this alarm was not seen in 2016-2018. In addition, the system can mark when the train passes certain surveyed locations along the track like a wayside signal. If the GPS location of the train is not within a certain distance from the surveyed location when passed, then another alarm is generated. This alarm was raised less than 5 times in the first 4 months of 2019 but has been raised 15-20 times in June so far. This appears to be another indication that the accuracy of the position fix has diminished. There have been no changes to the GPS receiver firmware in the last 2 – 3 years. We have been unable to correlate this diminished accuracy to reported satellite outages. Further information in graphical or spreadsheet format is available.

NAVCEN: The GPS Operations Center reviewed the GPS Constellation and Control Segment, there are no known anomalies that might affect GPS signal integrity at the time and vicinity of the reported problem. Space weather was reviewed and found unlikely to have impacted GPS performance. There were no authorized GPS tests in the area. No correlating reports from other users or interagency partners.

User is working with equipment manufacturer.