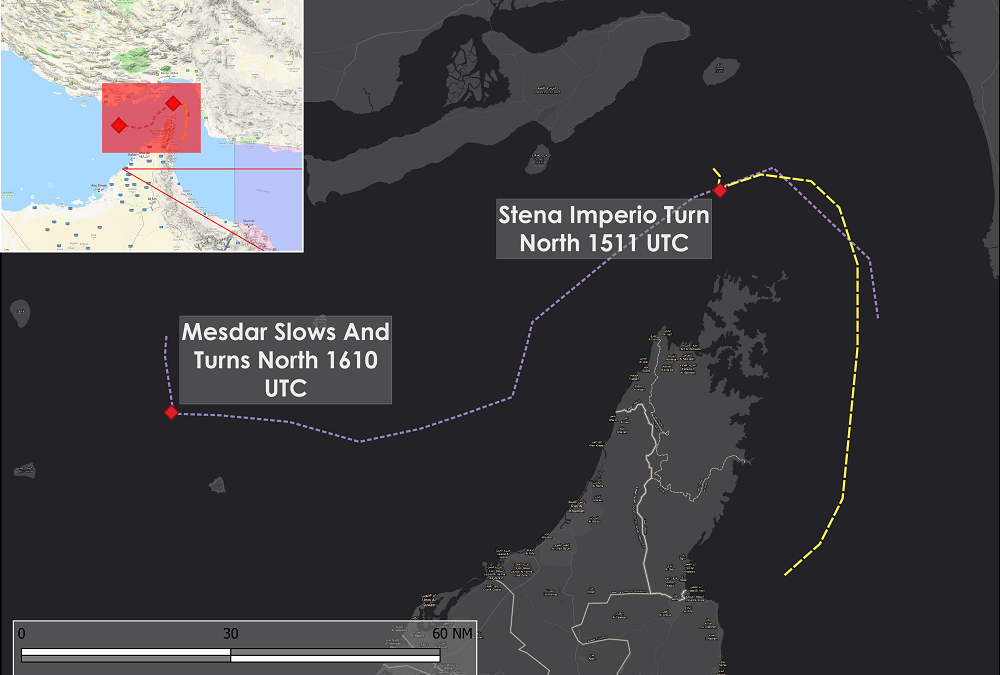 Blog Editor’s Note: We were wondering the same thing. Several of our members mentioned this as a possibility. But  news reports made it seem like the ship was boarded in international waters under the excuse of “improper use of traffic lanes.”

While the Express article below gets a number of things twisted about, there are a lot of factors that make this worth looking into:

Note: We previously reported that Saudi Loran-C signals were available for use in the Persian Gulf.  We have since been informed that, despite published coverage diagrams, recent investigations have shown the geometry of the Saudi system does not provide good coverage in the area.

Security sources say MI6 and GCHQ are now investigating whether Russian and Iranian intelligence sent fake signals to the Stena Impero. Sources said that investigators will look into whether there is a technological footprint or whether western spy planes in the area picked up any suspicious activity, according to The Sunday Mirror. A western security source said: “Russia has the technology to spoof GPS and may have helped Iran in this venture as it was extremely brazen.

“It would make British shipping extremely vulnerable and will be of grave concern to Royal Navy warships in the region.

“The Islamic Revolutionary Guard Corps and Russian intelligence have worked very closely in Syria, protecting and promoting their interests.”

Russia’s alleged involvement could only have been given the go-ahead by its President Vladimir Putin.

It comes after Russian spooks learnt they have the ability to fool ships into false locations.