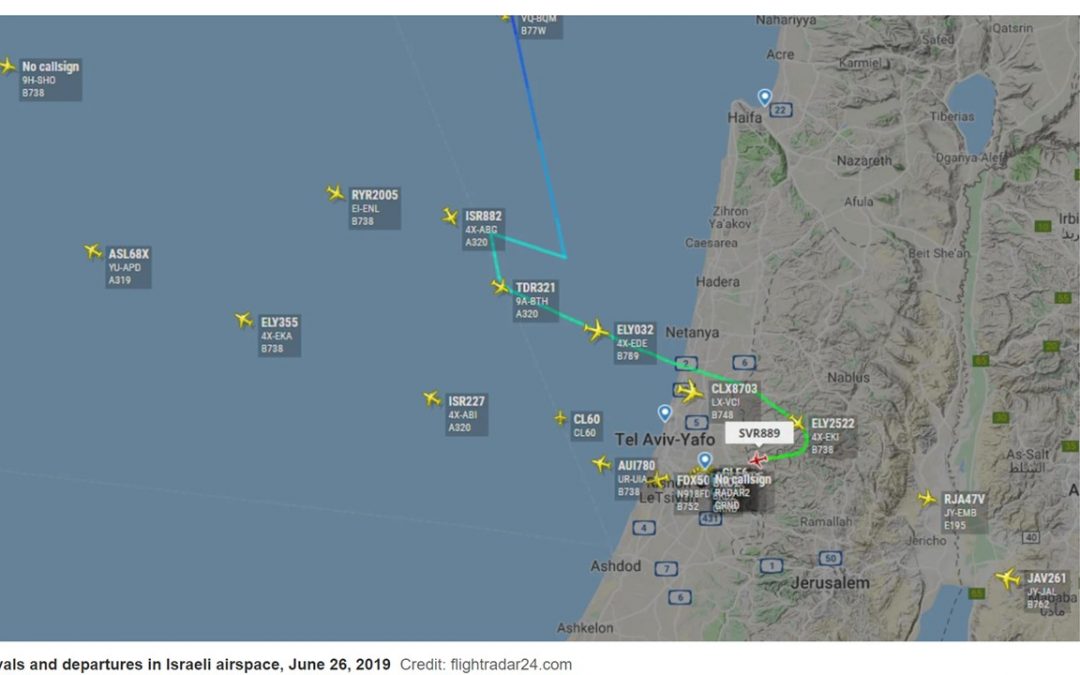 Blog Editor’s Note: We have seen reports of aviation GPS disruptions, sometimes chronic disruptions, from other places in the world. The Philippines, Egypt, the Koreas, and the eastern Mediterranean are all known trouble spots. And we understand that across Europe, pilots reported over 8,000 instances of GPS disruption last year. Also, see the second news item below in which Israeli pilots discuss this as a global problem.

But these are the first reports we have seen from Israel.

It is interesting that a nation known for its tight security structure has struggled with this problem for three weeks without being able to resolve it.

JERUSALEM (Reuters) – Israel is experiencing unexplained GPS disruptions in its airspace but measures are in place to allow safe landings and takeoffs at its main international airport, the government said on Wednesday.

The announcement by the Israel Airports Authority (IAA) followed a report on Tuesday by the International Federation of Air Line Pilots’ Associations (IFALPA) that “many” pilots had lost satellite signals from the Global Positioning System around Tel Aviv’s Ben Gurion Airport.

Confirming there had been GPS disruptions for approximately the past three weeks, an IAA statement said these affected only airborne crews and not terrestrial navigation systems.

Israeli authorities had worked from the outset to locate the source of the problem and fix it, it added.

Asked if an explanation for the disruption had been found, an IAA spokesman said: “No. I don’t know.”

Asked for comment, a spokeswoman for Israel’s Defence Ministry said only that the disruption was an IAA matter.

“At no stage has there been a safety incident stemming from the GPS disruption in the context of the precision of navigation and flight corridors,” the IAA said.

In its post on Tuesday, the IFALPA said the loss of the GPS signal may create numerous alerts for systems.

Members of the Israeli Airline Pilots Association said this is an unusual development that is not common worldwide. “It’s unexpected and you don’t know to what extent the jamming will be and where it will catch you,” said one member.