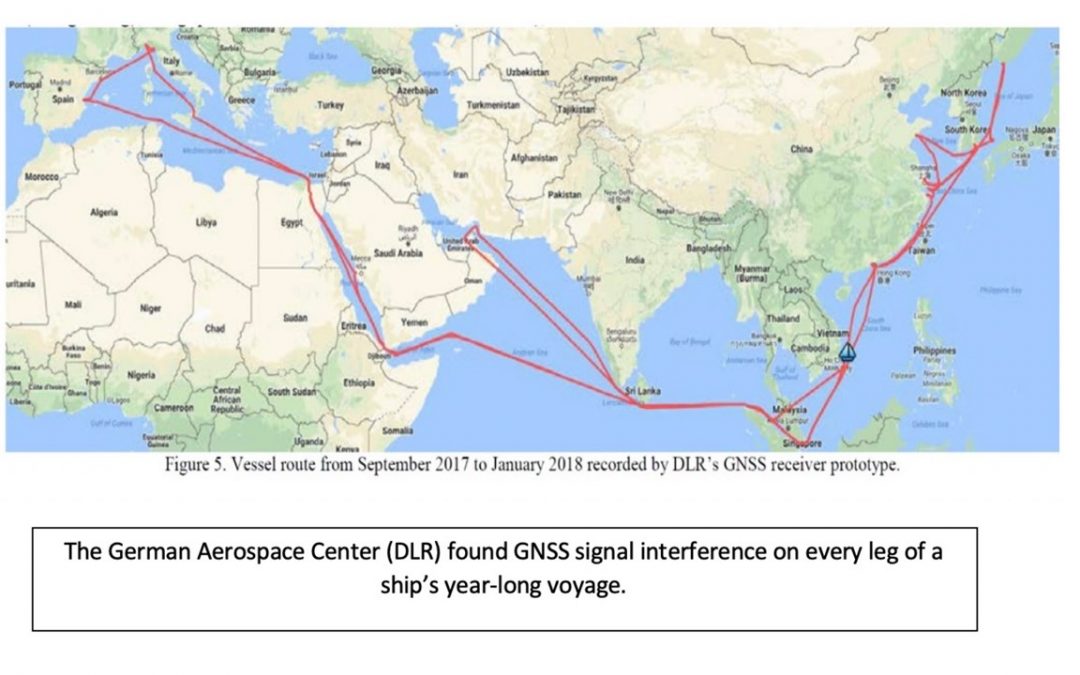 Fourteen maritime organizations have petitioned the U.S. Coast Guard to seek a resolution by the International Maritime Organization (IMO) to address disruption of Global Navigation Satellite Systems (GNSS) signals. The IMO Council, its most senior governing body, meets next on July 15 at its headquarters in London.

In a letter to U.S. Coast Guard Commandant Admiral Karl Schultz the groups said: “GNSS signals have become an important part of all maritime operations. Interfering with them places the efficiency and safety of maritime operations at risk and can impact the safety of life.”

A recent report on Russian jamming and spoofing in the Black Sea and Syria by the non-profit C4ADS, and work by the German Aerospace Center were cited as evidence GNSS interference is a global problem.

Purposeful disruption by a nation within its own borders, such as much of the activity shown in the C4ADS report, is not something that other nations ordinarily have the right to complain about. The letter makes the point that when vessels in innocent passage through territorial seas are impacted, or a disruption is also felt in international waters, it becomes a multi-national concern.

Also, jamming and spoofing GNSS signals seems a clear violation of International Telecommunications Union (ITU) provisions to many. ITU Radio Regulation 19.2 states, “All transmissions with false or misleading identification are prohibited.” This could mean jamming and spoofing by a signatory nation is also a treaty violation.

Recognizing that some nations are compelled for security reasons to disrupt GNSS signals upon occasion, the group called for warnings to vessels that might be impacted.

The letter called for a resolution by the International Maritime Organization that would include language to the effect that:

The letter was coordinated by the Resilient Navigation and Timing Foundation. A copy is available on their website here.