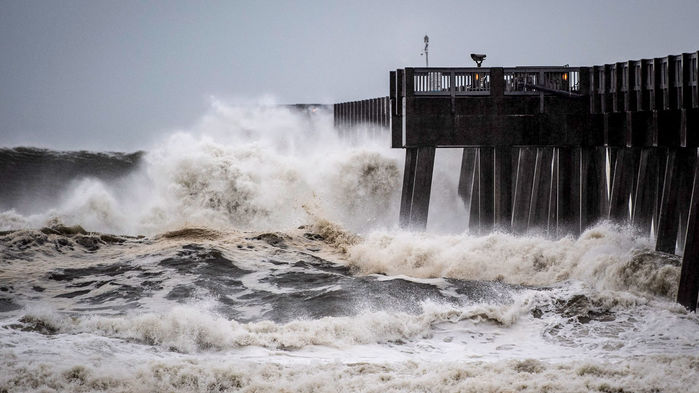 Blog Editor’s Note: An interesting article that shows the incredible utility of GPS signals for a variety of beneficial purposes. Also that, even as the US Air Forces makes changes to the signal, others can adapt and cancel out those changes. It is reminiscent of the days of selective availability when the Air Force intentionally degraded the signal for non-military users as a security measure. Wanting greater accuracy to increase the safety of commercial maritime coastal and harbor navigation, the US Coast Guard instituted a differential GPS network that canceled out the Air Force’s effort and restored the accuracy in the covered areas.

A mission to probe winds deep inside hurricanes, where most satellites cannot see and few aircraft venture, is showing signs of success despite an unexpected obstacle linked to tensions in the Middle East.

With its flotilla of satellites crisscrossing the tropical oceans, CYGNSS can see through the thick clouds of cyclones. The satellites collect radio signals beamed from standard GPS beacons after they bounce off the ocean’s surface. The reflections are influenced by sea’s roughness, which depends on wind speed. But a month after launch in December 2016, the team noticed the GPS signals were wavering. “We assumed they are constant,” says Christopher Ruf, CYGNSS’s principal investigator and an atmospheric scientist at the University of Michigan in Ann Arbor. “And they’re not.”