GPS gives directions, but what does it take away? – Popular Science 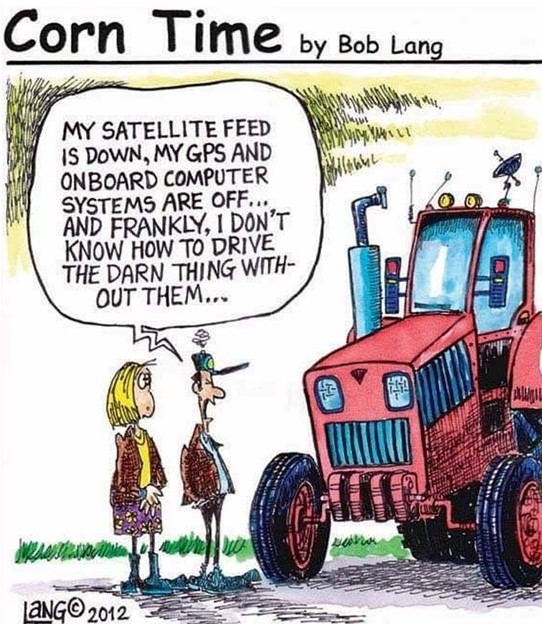 Blog Editor’s Note: It is always good to be reminded of how much we rely on a particular technology. GPS makes our lives so much better in so many ways, but have we come to depend upon it too much?

The original Chief Architect for the GPS system, Dr. Brad Parkinson learned how to navigate with a sextant, bearings, buoys, soundings and dead reckoning at the US Naval Academy. He remains keenly aware of our dependence on his creation for broad range of essential technologies and applications. It is why, in addition to calling for measures to protect GPS signals and use of better receivers, he is a very strong advocate for augmenting GPS signals with eLoran and other navigation and timing sources. See, for example, his presentation here.

GPS gives directions, but what does it take away?

The following is an excerpt from “Wayfinding: The Science and Mystery of How Humans Navigate the World, a new book by M.R. O’Connor.

In places that have long-­established traditions of navigation by environmental cues, GPS can represent yet another onslaught against cultural identity. I watched the filmmaker and Hōkūleʻa crew member Nāʻālehu Anthony hold up his smartphone in front of an audience and tell them, “The compass and the sextant and the GPS. This device can co-­opt 3,000 years of knowledge by pressing a button and looking for the pathway.” When the anthropologist Claudio Aporta began studying Inuit wayfinding in the Canadian Arctic, he wondered whether GPS was just another technology that communities in the Arctic would adapt to and thrive with, like snowmobiles or shotguns, or would it erode something intrinsic and crucial about Inuit culture itself? When he first went to Igloolik in the 1990s, some 40 hunters already owned GPS units. The device’s greatest benefits were during walrus hunts: hunters could save fuel returning to shore from their hunting sites by plotting a direct course even when the shore was out of sight. But those who had grown up on the land still didn’t use GPS much, and knowledgeable full-­time or part-­time hunters merely used it to supplement traditional wayfinding. It was younger hunters who tended to rely the most on GPS as a primary tool. The combination of a lack of wayfinding experience, the speed of snowmobiles, and the ease of GPS could quickly amplify the dangers of navigating in the Arctic. GPS changed the routes that people take, sometimes away from paths whose safety had been proven over generations; some hunters can tell just from observing tracks in the snow who was using GPS to find their way because they were straight as an arrow—a computer-plotted track. Jason Carpenter, teacher at Nunavut Arctic College, told me that “[i]t’s easy for anybody to jump on a skidoo and get out a hundred miles almost without thinking. So our ability to get ourselves in a bad situation is greater.”

Many of Igloolik’s residents who knew the most about traditional wayfinding were in their seventies or eighties, members of the last generation who had been born on the land; had been schooled in wind direction, snow, sun, stars, tides, currents, and landmarks; and had memorized hundreds of place-­names. After GPS arrived, hunters could minimally rely on the environmental cues, and it lightened the cognitive load of memory itself. “The GPS receiver’s answer to a spatial question (e.g., where to go) is provided by a mechanism that is physically detached from it (a network of satellites) and required no involvement of the traveler with the environment,” Aporta and his coauthor, Eric Higgs, wrote in their paper “Satellite Culture: Global Positioning Systems, Inuit Wayfinding, and the Need for a New Account of Technology.” “Although the act of physical travel will always involve some connection with the surroundings, this connection is… shallow.” In Igloolik, Alianakuluk, an elder, told Aporta about a rescue operation in which the searchers wanted to use GPS to follow a course. He knew, however, that it would lead them straight into a dangerous landscape and the floe edge. “I told him that I better lead the way and I will lead with Inuk knowledge, otherwise we would get to the rough pressure-­ridges field. So I led after that, using snowbanks created by the prevailing uangnaq wind… as my wayfinders,” said Alianakuluk. “We did reach our predetermined destination using my knowledge as an Inuk. Had we just followed the GPS we would have gone through rugged pressure ridges, then even possibly to the floe edge. This would have caused more problems than help anyone. That I know for a fact.”

See Also UnDark: Running in Circles, Why Our GPS Devices Can Betray Us