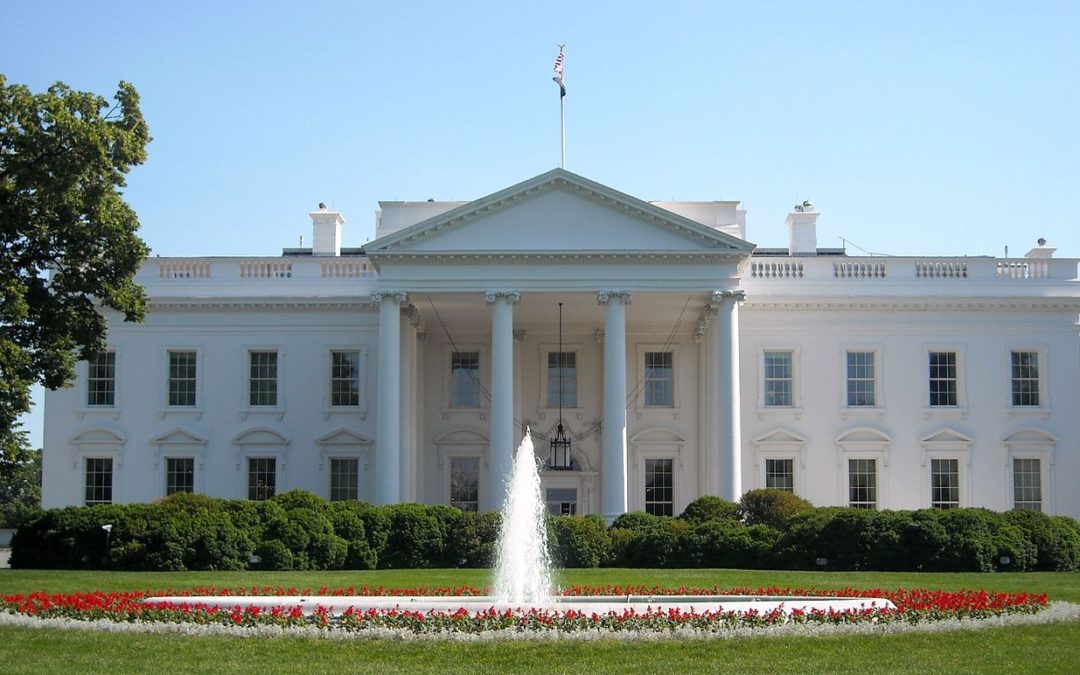 GPS is a critical component of our national infrastructure and backups are needed, according to USAF Colonel Curtis Hernandez, Director National Security Space Policy for the National Space Council. The council was established by executive order in June 2017 and is chaired by Vice President Pence.

Speaking Tuesday night at the inaugural event for the GPS Caucus at the Capitol, he also mentioned addressed the system’s economic impact. Estimating it to be about $3 trillion a year, he conceded that even such a large number might be too low. Quoting Greg Milner, the author of “Pinpoint – How GPS is changing technology culture, and our minds,” Hernandez asked “What’s the value of oxygen?”GPS is a critical component of our national infrastructure and backup capabilities are needed, according to Air Force Colonel Curtis Hernandez, Director National Security Space Policy for the National Space Council. The 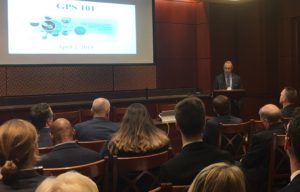 council was created by presidential order in June 2017 and is chaired by Vice President Pence.

Sen. Tammy Duckworth (D-IL) also spoke briefly citing her experiences as an Army helicopter pilot before and after the introduction of GPS. “GPS changed everything and made us much more effective,” she said. “The last thing I did after my helicopter was shot down in Iraq was push the button to send our GPS position to higher headquarters so they would know where the hostile action was.” 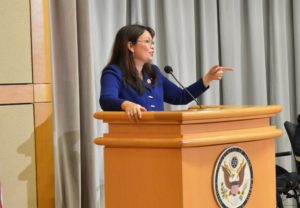 Rep. Dave Loebsack (D-IA) kicked off the event citing the many benefits of precision agriculture made possible by GPS. These include reduced costs for fertilizer, seed, and fuel, while allowing much better use of irregular plots of land.

A panel of representatives from John Deere, Trimble, and Garmin rounded out the hour-long “GPS 101” event. Each panelist addressed the importance of GPS to the nation and referred to the need for undisturbed spectrum. Follow-on questions from the audience included one on the need for GPS alternatives in the event of outages, which the panel agreed with, and one about equitable spectrum allocation. As to this later question, a panelist offered that the GPS Innovation Alliance supported a “zoning approach” that kept space-based signals separate from terrestrial signals.