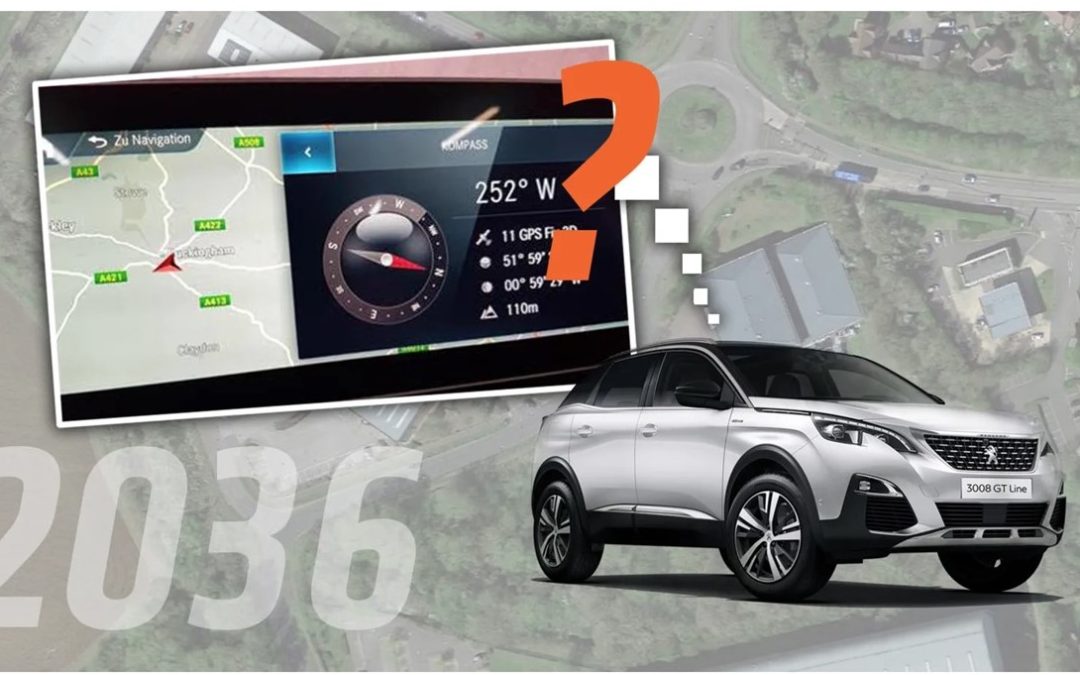 Blog Editor’s Note: The below is from an automotive-oriented website. Regular readers will know that this is not a unique occurrence. A similar thing happened at the ION GNSS+ 2017 conference in Portland. And, of course, Russia has been spoofing cars and ships for years. When they figure out what happened, we hope someone will make that public so that others can benefit from this experience.

As you may know, the Geneva Motor Show public days are this week, and while we’ve been covering a number of interesting concepts and cars at the show, there’s also something happening there that no one can really explain. For some reason, many of the cars are showing their location as being in Buckingham, England, and the year as 2036.

So, what the hell is going on there? Did a wormhole open up in the PalexpoCenter?

While we’re pretty sure it’s not a wormhole in spacetime, it’s not entirely clear what actually is going on. We have some good clues, however, thanks to the location shown on the GPS screens. The Buckingham, England address is actually the address of Racelogic, a UK company that happens to make a device called LabSat, which can simulate GPS signals.

So, could this be some publicity stunt from a daring equipment company? Possibly. But Julian Thomas, the Managing Director of Racelogic, was the person to bring this to our attention, and says it is not some publicity stunt, because, in his words, “… it is highly illegal, then it would be a pretty reckless stunt.”