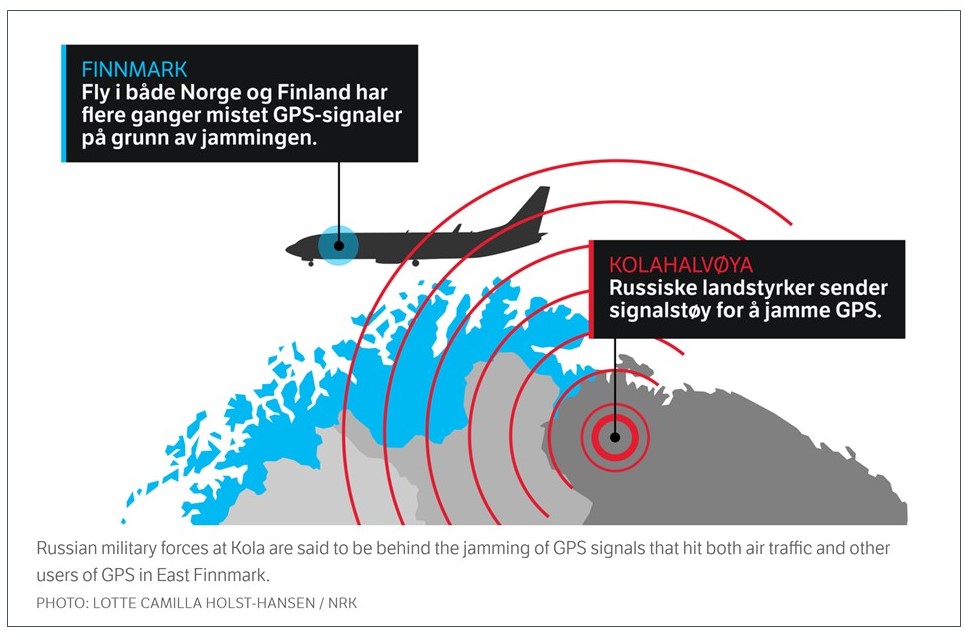 Blog Editor’s Note: As we have been reporting, Russia has repeatedly jammed the northern regions of Norway since 2017. This has resulted, of course, in significant concern among the nation’s intelligence, military and security services. See this report in Defense News. Norway has also formally protested the jamming, which Russia denies, and has had formal diplomatic meetings with Russian officials.

The below article outlines the Norwegian government’s establishment of a monitoring station in their far north and east to detect and record Russian jamming.

Hmmm. They already know when it is happening – all kinds of GPS receivers no longer work. And they know it is coming from Russia. Having a monitoring station will provide more detail, perhaps, on what is going on, and where in Russia the signals are coming from, but we aren’t sure how that is going to help protect Norwegian people.

We have often seen people think that if they just understand a problem in greater detail, the problem will go away.  We haven’t seen that really work, but it does happen quite a bit.  Here is hoping Norway’s understanding precisely how the Russians are threatening their way of life and infrastructure will help.

– We expect that the measuring station will be operational within two to three weeks, says department director Per Eirik Heimdal at the Norwegian Communications Authority, NKOM.

The station will be established on Bugøynesfjell in Sør-Varanger, where there are already electricity and communication opportunities that Avinor uses for its facility on the mountain.

Can detect the direction of disturbances

Heimdal says that the station will be the first in Finnmark, and comes as a direct result of the many cases where the GPS signals have disappeared.

Last week, Aftenposten (calling for a subscription) could reveal how Russian military forces operated with their jam equipment. A report from the police in East Finnmark suggests that it may have been a goal to hit the exploration drilling in the Barents Sea. The police say in the report that jamming follows the same pattern as before and that the disturbances come from the east.