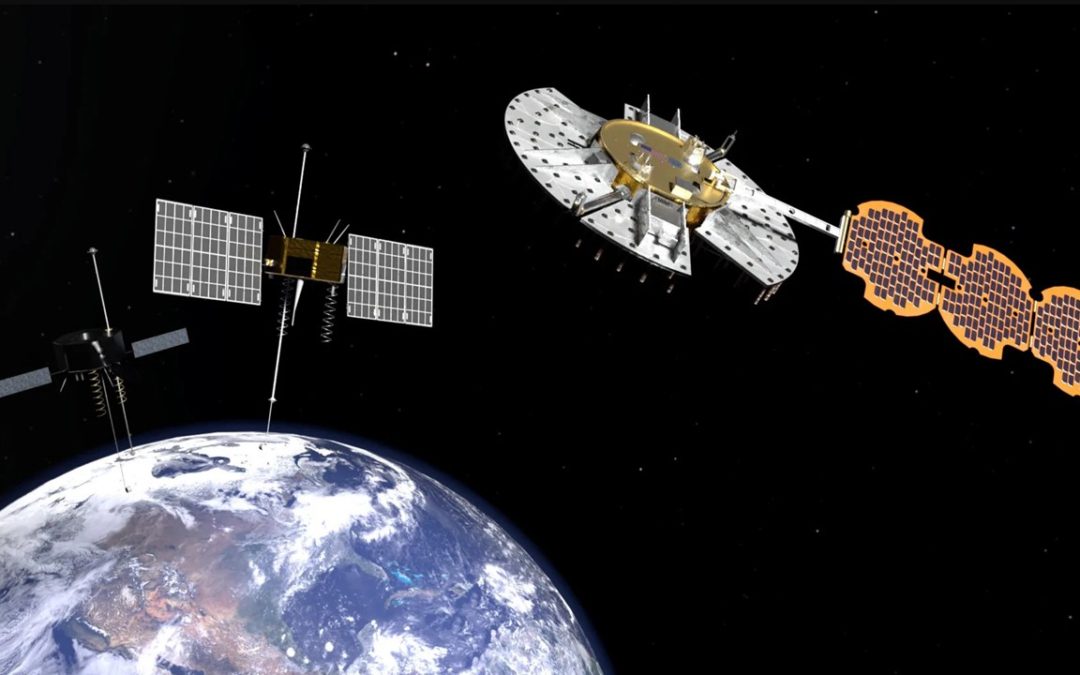 Blog Editor’s Note: Another great article by Dee Ann Divis. It is interesting that while researchers say they are working on PNT, often they are only looking at positioning and navigation. Timing is important to land mobile communications and synchronization of networks, AND is the basis for navigation systems. It seems like a better systems engineering approach would be to look at solving the timing problem first, and then seeing how that solution can contribute to position and navigation.

Two recent reports have underscored the threats to the GPS system from space-capable adversaries. Both the Worldwide Threat Assessment, released Jan. 30 by the Senate Select Committee on Intelligence, and theDefense Intelligence Agency’s newly released Challenges to Security in Spacedetail the potential for China, Russia and others to damage the constellation or disrupt its signals.

With worries mounting about these risks, and the more mundane but still harmful prospect of regional jamming or spoofing, organizations throughout the U.S. government are working on ways to address vulnerabilities and find ways to operate without GPS.

To develop and test technologies for hardier navigation satellites and augmentation systems the Air Force Research Laboratory (AFRL) and the Space and Missile Systems Center (SMC) have been working on an on-orbit test bed called the Navigation Technology Satellite-3. NTS-3 will be used to demonstrate technology and new concepts of operation including experimental antennas, flexible and secure signals, increased automation, and use of commercial ground assets. Harris Corp. was tapped to be the prime contractor late last year and is expected to have the spacecraft available for launch by 2022.

“The National Defense Strategy tells us we must evolve our nation’s Position, Navigation, and Timing capabilities to be more resilient,” said AFRL Space Vehicles Director Col. Eric Felt. “NTS-3 is all about resiliency, and I am incredibly excited about the resiliency experiments our SMC, AFRL, and Harris team will be able to conduct with NTS-3’s innovative and flexible hardware, software, and waveforms.”

While that research is underway the Air Force is working on ways to upgrade existing systems. The GPS Directorate has been working for some time on upgraded, swap-in  receiver cards capable of using the new military M-Code. Three contractors— L3 Technologies, Raytheon Space and Airborne Systems, and Rockwell Collins — are developing the cards and will supply them directly to the interested services when they are ready and tested.

The Air Force recently awarded Northrop Grumman $59 million for the engineering and manufacturing development phase. Honeywell was awarded an $80M modification to extend their work on platform modernization, integration and other EGI-related work including work involving foreign military sales.

More Research
DARPA has at least two position, navigation and timing (PNT)-related projects underway and is looking for more.

The Precise Robust Inertial Guidance for Munitions (PRIGM) program is developing inertial sensor technologies that can be used in GPS-denied environments. The goal is to identify promising technologies for high-performance inertial sensors that can be used for long-duration missions in extreme environments. PRIGM researchers will be looking at micro-electromechanical systems (MEMS) platforms and advanced inertial micro sensors for future gun-hard, high-bandwidth, high-dynamic-range, GPS-free navigation.

The STOIC or Spatial, Temporal, and Orientation Information in Contested Environments program is working on a backup that provides GPS-level or better performance. “STOIC comprises three technical areas,” wrote DARPA, “that when integrated would have the potential to provide global PNT independent of GPS: 1) Earth-fixed navigation using very low frequency (VLF) signals; 2) deployable optical clocks based on technology developed under the DARPA QuASAR (Quantum-Assisted Sensing and Readout) program; and 3) precision time transfer and ranging over data links.”

DARPA recently completed a call for technology proposals that could aid in conflicts in a variety of environments from the austere and remote to dense megacities. The agency’s Strategic Technologies Office is seeking technologies, including PNT innovations, able to address conflicts at all scales of intensity from highly contested force-on-force conflicts to ambiguous, complex “Gray Zone” conflicts.

Under its Blackjack Pit Boss program DARPA is looking to develop and demonstrate technologies for building a global high-speed network architecture in low Earth orbit. The goal is to enable “highly networked, resilient, and persistent DOD payloads that hold the ground, surface, and air domains in global constant custody.” More information can be found at darpa.mil under opportunity HR001119S0012. The response deadline is March 29, 2019.

Not an agency to think small, DARPA also has an open-ended program whose goal is finding “revolutionary research ideas” for topics that are not being addressed by ongoing Microsystem Technology Office programs or other published solicitations. For more information see solicitation HR001118S0060. The response deadline is March 26, 2020.