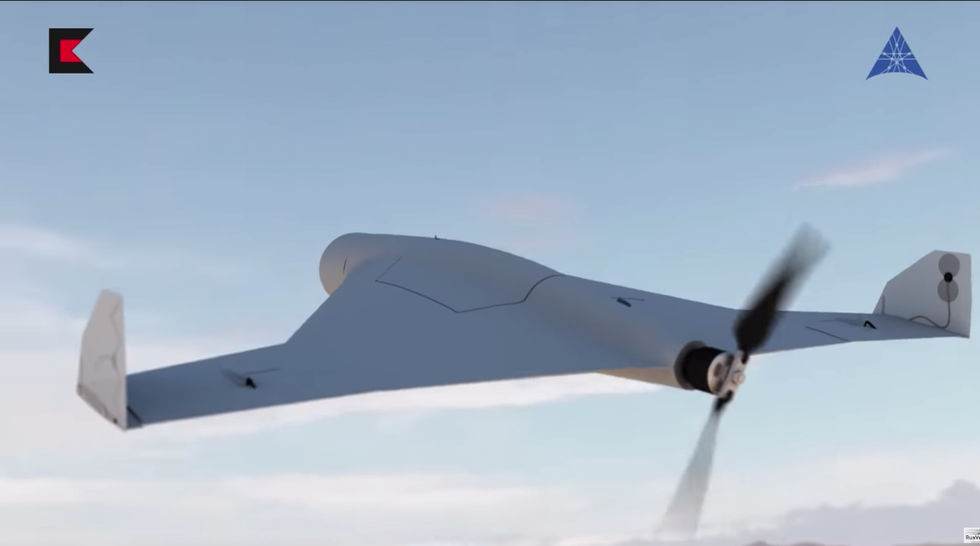 Blog Editor’s Note: Russia has been very active using GNSS jamming and spoofing techniques to counter drones. Spoofing across broad areas that causes receivers to report their positions at airports regardless of their true location has been regularly detected in Moscow, St. Petersburg, and in  Russian coastal waters. The general consensus is that this is a counter-drone measure since many drones are programmed with the locations of airports and  to fly away from them (see for example “The Kremlin Eats GPS for Breakfast,” Moscow Times).

Since Russia has developed this counter-drone technique, it makes sense that they would want a drone for themselves that could overcome it. It is pretty clear from the below article that they have one. A number of non-GNSS navigation and targeting techniques are possible, if you are building your own drone from scratch. The one they have chosen seems particularly elegant, presuming it works.

Kalashnikov Is Getting into the Business of Self-Destructing Drones

The company responsible for making small arms for the Russian Army is now making drones that crash into their targets and explode.

A Russian defense contractor, Kalashnikov Concern, named after one of the most famous small-arms designers of all time and infantry weapons supplier for Russian Ground Forces, is now selling a drone capable of carrying a small explosive charge—and diving onto its target to blow itself and the target into smithereens. Kalashnikov KUB-BLA drone is effectively a kamikaze meant to slip under the radar of traditional air-defense systems.

In recent years Kalashnikov has expanded beyond the world of small arms into new weapons systems and even civilian vehicles. The company is supplying new AK-12 and AK-15 assault rifles and Chukavin sniper rifles set to arm the Russian Ground Forces, but it’s also building the new BAS-01G drone tank, a hovercycle, and even an electric car.

Kalashnikov introduced the KUB-BLA drone at the International Exhibition of Arms and Military Equipment IDEX-2019 in Abu Dhabi. The KUB-BLA has a three-kilogram (6.61-pound) payload, a flying time of 30 minutes, and a 130-kilometer-per-hour (80-mph) top speed. Typically, the payload is apparently a high-explosive charge. The drone is 47 inches wide by 37 inches long and 6.5 inches high.

According to Kalashnikov, KUB-BLA attacks targets after the coordinates are fed into the vehicle. Alternately, it can attack a target based on an image uploaded to the control system. If true, this suggests that operators could pick an image of, for example, an American M-ATV vehicle and the drone would seek out similar-looking vehicles on the battlefield. That sort of target-recognition system is increasingly common in anti-tank missiles.

Sergey Chemezov, CEO of Rostec, of which Kalashnikov is a subsidiary, is quoted as saying, “The charge on this complex (system) is delivered to the target, regardless of its secrecy and terrain, both at small and at high altitudes. This is a very accurate and most effective weapon that is very difficult to fight with using traditional air-defense systems.“ According to Kalashnikov the drone is “successfully tested and ready for use.”