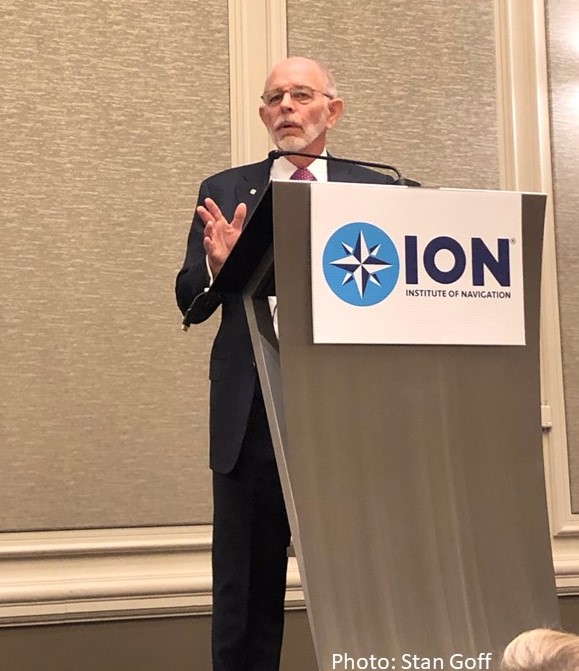 Blog Editor’s Note:  The below excellent article by Dee Ann Divis gives some good context to a Q&A response by RNTF President Dana Goward at ION earlier this week.

China, Russia and other adversaries including Iran and North Korea pose a threat to U.S. infrastructure on the ground and in space according to a new congressional report,  a conclusion that may sharpen lawmakers’ focus on building a recently mandated backup system for GPS timing,

The Worldwide Threat Assessment, released Wednesday by the Senate Select Committee on Intelligence, says that all four nations plus criminal organizations have the ability to use cyber techniques to create local disruptions of critical infrastructure.

Though the report did not specifically mention GPS jamming or spoofing, these kinds of disruptions are considered to be a form of cyberattack — and something all four nations have already been accused of doing outside the United States. China has reportedly used GPS jamming to thwart surveillance of its activities in the disputed Spratly Islands. North Korea’s jamming of GPS signals in 2012 impacted hundreds of flights using Seoul’s Incheon airport, according to a Heritage Foundation report, and Iran used GPS spoofing to help it capture drones in 2011 in northeastern Iran.

Russia has jammed GPS signals in conflict zones and is also reportedly suspected of jamming signals in Norway. In addition, “Moscow is now staging cyberattack assets to allow it to disrupt or damage U.S. civilian and military infrastructure during a crisis,” the report said.

According to the committee the space-faring nations of China and Russia also have, or will soon have, the ability to take out satellites — including, eventually, satellites at higher orbits like those comprising the GPS constellation.

The loss of the GPS signal is potentially crippling to segments of U.S. critical infrastructure that rely on precise GPS timing to synchronize data flows, time stamps and other things like the transmission of electricity. To address this risk Congress mandated in December the creation of a national backup system for GPS timing in the National Timing Resilience and Security Act of 2018. The new law gives the Department of Transportation (DOT) until 2020 to establish such a system.

Dana Goward, president of the Resilient Navigation & Timing Foundation and an advocate of building a terrestrial backup, believes Congress will go further in the new session, perhaps providing money for the project and expanding what they want it to do.