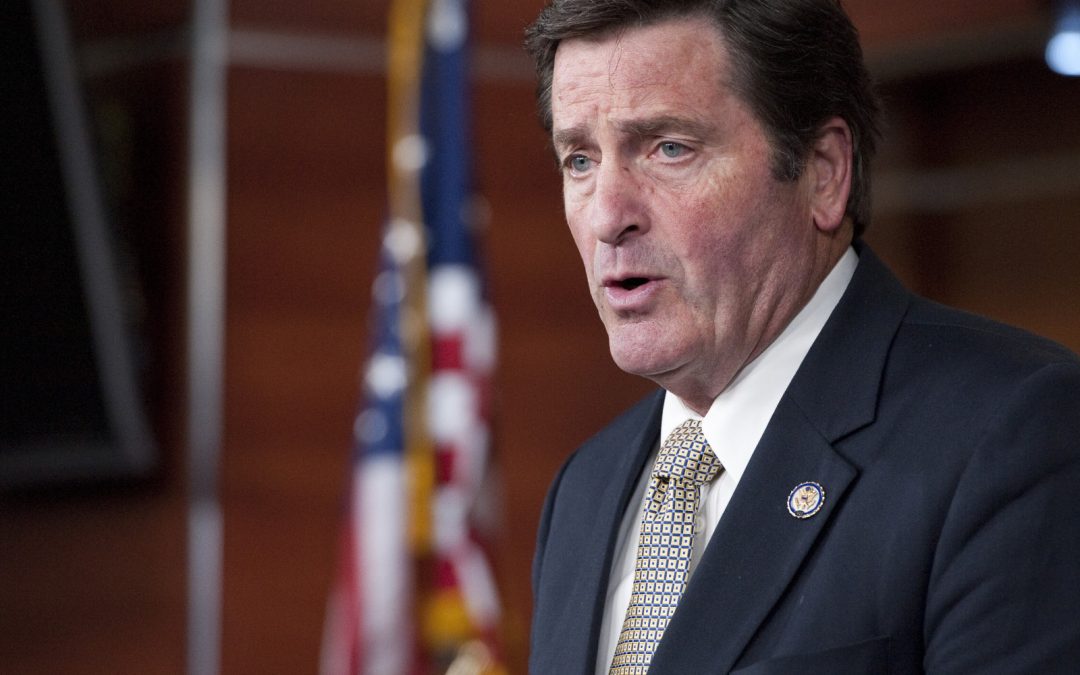 Blog Editor’s Note: As the article below mentions, Representative Garamendi is the member of Congress who is most responsible for the National Timing Resilience and Security Act of 2018. Not mentioned is that he is also responsible for the $15M already appropriated for a GPS backup technology demonstration.

It will be interesting to seem Mr. Garamendi’s take on the interactions between GPS/ PNT and all of the defense functions that are within his new committee’s portfolio.

Congressman John Garamendi, D-California, is the new chairman of the House Armed Services Readiness Subcommittee, which oversees one-third of the Department of Defense’s budget — the largest such responsibility of any subcommittee on the Armed Services Committee.

The Readiness Subcommittee also has jurisdiction over programs related to logistics, equipment maintenance and efforts to improve energy resiliency including climate change adaptation and environmental health issues. It oversees the management of more than 1,000 military installations and bases worldwide including the delicate matters surrounding base closures.

“I look forward to working with House Armed Services Committee Chair, Adam Smith, to support our military as it continues to adapt to 21st century threats,” Garamendi said in a statement. “I will work diligently with my colleagues on the Readiness Subcommittee to ensure the United States military remains the strongest, most capable, and wisest military on earth.” Chairman Smith represents the state of Washington.

Garamendi was favored to chair the Subcommittee on Coast Guard and Maritime Transportation where he had been the ranking member. Navigation advocates will be glad to hear that it appears he will remain on the subcommittee, which is part of the House Committee on Transportation and Infrastructure. Garamendi’s energy and determination have been praised repeatedly as a key reason the Timing Resilience and Security Act made it through the House and ultimately into law. The Act mandates that a back-up for precise GPS timing be built and operational by 2020.

“I am particularly pleased that this legislation advances the Coast Guard’s future use of new technologies to improve maritime safety and security and maritime domain awareness,” Garamendi told his colleagues as the bill neared a final approval. “Chief among these is my provision to direct the Department of Transportation to establish a reliable back-up timing system to function should the positioning, navigation and timing signals transmitted by GPS satellites be disrupted or degraded. The loss of GPS signals has been characterized as a “single point of failure” for national security and for critical infrastructure systems. Simply stated, we no longer can afford to ignore this threat.”

The Coast Guard subcommittee will be chaired by Rep. Sean Patrick Maloney, D-New York, who has been an active member of the Transportation and Infrastructure Committee since 2013.

“He (Maloney) will continue his leadership through ensuring the U.S. Coast Guard has the resources and assets necessary to accomplish its missions, as well as defending U.S. maritime interests from unfair competition through protection of the Jones Act,” said Peter DeFazio, D-Oregon, chairman of the House Committee on Transportation, in an announcement.

“It’s an honor to be elected as the next chairman of the Subcommittee on Coast Guard and Maritime Transportation,” said Maloney in a statement. “The men and women of the Coast Guard protect our waterways and prevent drugs from reaching our shores. I’m committed to ensuring Coast Guard personnel receive the tools and resources they need to get the job done — and that includes paying them for their work. We have to end this shutdown and restore their funding immediately.”