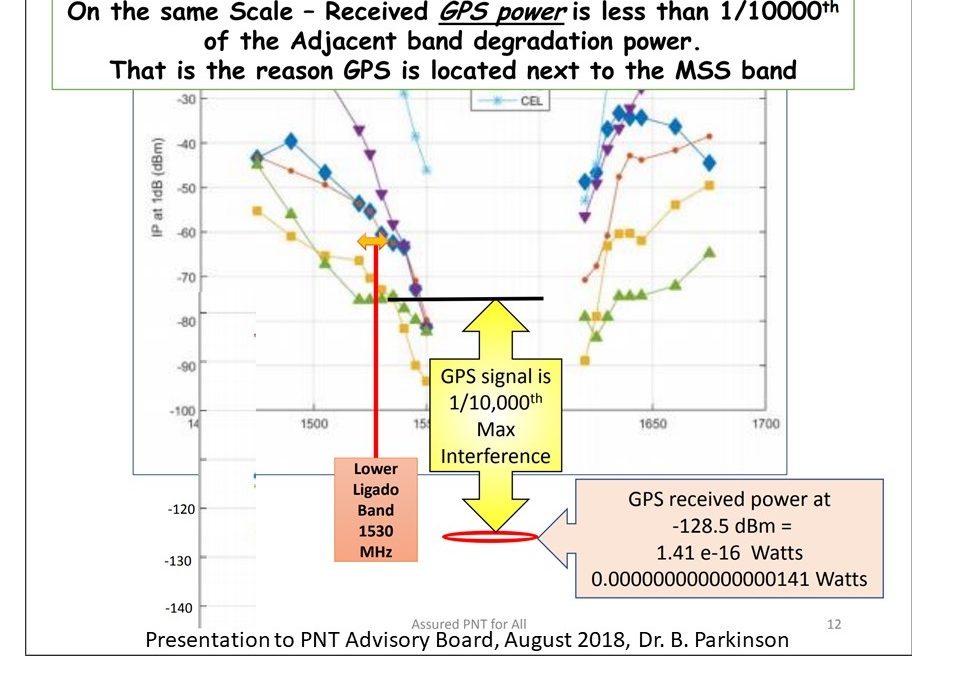 Blog Editor’s Note: Some may assert that this law suit does not bear upon the technical arguments Ligado and its predecessor, Lightsquared, made before the FCC. It does directly impact those companies’ credibility and standing, though. If it is shown that data was deliberately withheld from the FCC early in the process, we wonder if that could invalidate the entire application. Also, it would add credence to those who claim the applicants have been overly biased and not forthcoming in both their public pronouncements and their other filings with the FCC.

Though 2019 is brand new there are a host of GPS-related issues carrying over from 2018. This is one in a series of stories on satellite navigation issues on the table as the new year gets underway.

Virginia-based Ligado Networks and its predecessor firm LightSquared have been pushing since 2011 to change the rules governing how its spectrum can be used — a move essential to building a ground-based communications network that navigation experts insist will interfere with GPS receivers.

Though the National Space-Based Positioning, Navigation, and Timing (PNT) Advisory Board — the leading U.S. experts on satellite navigation — came out strongly against Ligado’s request, the matter appeared bogged down in lobbying trench warfare for most of 2018. On January 2, however, a window into the controversy is set to reopen, potentially giving those following this billion-dollar issue a deeper peak into the conflict’s origins.

LightSquared’s original plan was to build a high-powered, national broadband network comprising some 40,000 ground stations. To do that they needed to convince the Federal Communications Commission (FCC) to allow it to use its satellite frequencies, which are located in a band neighboring the satellite navigation band, for terrestrial operations.

The FCC, however, put that plan on hold in 2012 because testing showed the network would overwhelm the vast majority of GPS receivers. After filing for, and emerging from bankruptcy, the firm — then renamed Ligado Networks — reworked its proposal. Though the new approach appears to better limit interference the GPS community remains strongly opposed, saying the new plan will still interfere with many receivers including, in particular, high precision devices.

It is in this context that Harbinger Capital Partners II and a host of affiliated plaintiffs sued Apollo Global Management and a list of other defendants for $2 billion in damages at the tail end of 2017. The defendants arethe previous owners and directors of SkyTerra — a firm in which Harbinger invested. Harbinger fully acquired SkyTerra in 2010, renaming it LightSquared and kicking off the still-unresolved confrontation with the GPS community.

Harbinger, a hedge fund founded and managed by Phil Falcone, is alleging the defendants learned about the interference problems during private tests in 2001. SkyTerra knew its terrestrial voice and data signals would overload GPS receivers but the firm “carefully concealed these defects,” according to Harbinger.

“The Harbinger Funds were able to discover the truth only after the Company (LightSquared), having just emerged from bankruptcy, suddenly dropped a lawsuit that it had brought against a number of GPS companies concerning the interference issue — a lawsuit it had previously touted as meritorious and valuable — and settled it on such unfavorable terms that they suspected that the issue might not be blamed on the GPS companies. The Harbinger Funds therefore began an extensive investigation that eventually led to the discovery of defendants’ massive fraud.”