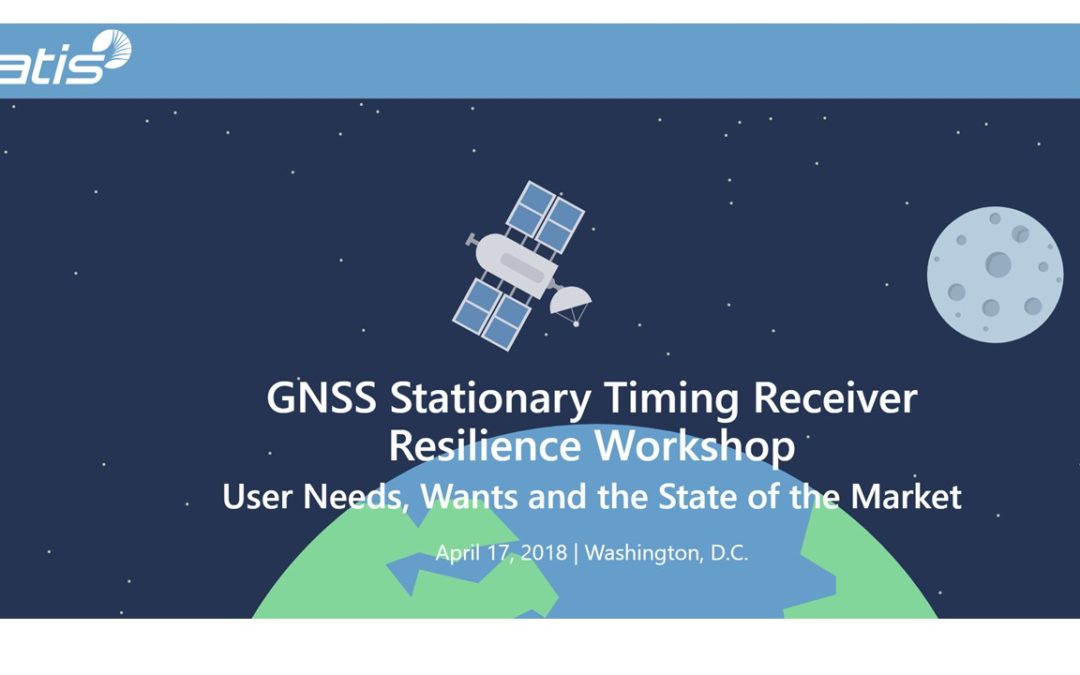 Blog Editor’s Note: The below article was written by RNTF President Dana A. Goward.

The Alliance for Telecommunications Industry Standards (ATIS) sent a letter to multiple government officials at the end of last month asking them to “…mitigate the impacts of GPS vulnerability to the public.”

Summarizing the results of an April workshop sponsored by ATIS and the Resilient Navigation and Timing Foundation, the letter was sent to officials at the Departments of Transportation, Defense, Commerce, and Homeland Security. It was also sent to leaders at the National Security Council, National Space Council, and the Office of Management and Budget.

Among the recommendations from the workshop were:

The letter also indicated that the ATIS Synchronization committee (SYNC) is undertaking a study of GPS/GNSS receiver resilience and promised more information would be forthcoming.

This is not the first time ATIS has engaged government officials on timing issues. In 2006 the group wrote to the National Institute of Standards and Technology (NIST) about the importance of Loran-C timing to the industry. In 2014 it engaged the Department of Homeland Security about network timing requirements, and in 2015 it commented on a Department of Transportation docket attesting to the ability of eLoran to meet these needs. ATIS generated a comprehensive report on GPS vulnerability in 2017 and subsequently wrote to several senators applauding their plans for legislation to require implementation of an eLoran system.

“These recommendations represent the views of government, industry and GPS/GNSS users,” said ATIS President and CEO Susan Miller, in an ATIS press release. “Setting them into action will speed development of solutions to mitigate the risks to the systems that are the critical backbone for precision timing for so many industries.”

Dana Goward is president of the Resilient Navigation & Timing Foundation
and a regular contributor to Inside GNSS.