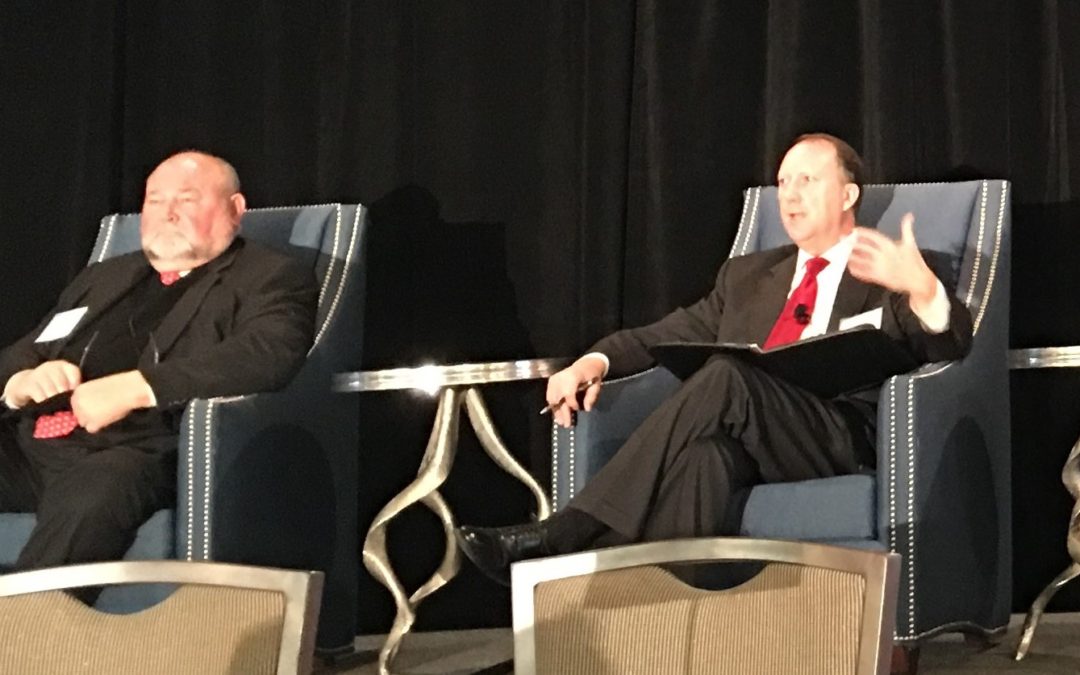 Blog Editor’s Note: The below item was authored by RNTF President Dana A. Goward

During a discussion of PNT issues at a workshop on Dec. 11, a Department of Homeland Security (DHS) official mentioned that DHS was developing performance standards for GPS/GNSS receivers used in critical infrastructure.

In his introductory remarks, Rob Crane, the DHS representative to the National Coordination Office, said that, “It’s the department’s job to safeguard GPS signals.” As part of that, DHS was developing performance standards for satnav receivers used in critical infrastructure. He said that the department will be using its Collaboration Zone to interact with the public and seek industry involvement.

Jim Platt, the lead for the DHS PNT Program Management Office, said the department has already engaged with some equipment manufacturers. Also, that the standards being developed would be voluntary. When asked how others, including the standards bodies SAE and ATIS might become involved in the process, he said that the National Institutes of Standards and Technology (NIST) was leading the effort on behalf of DHS. The next opportunity for the public to engage will be at a NIST workshop held in conjunction with the Institute of Navigation’s International Technical Meeting on the 28thof January.

GPS as a Cyber Vector

Retired Admiral Thad Allen observed that GPS disruption was a cyber security problem. GPS receivers are “everywhere and each provides a surface for cyberattack,” he said. “The real issue is how to assure PNT” with more than just space assets.

Dr. John Betz from MITRE discussed the variety of things that users can do now to protect themselves. He recommended attendees access “Improving the Operation and Development of Global Positioning System (GPS) Equipment Used by Critical Infrastructure” which is available on line at www.GPS.gov.

What if there is no GPS? How long can you be down?

Katheryn Condello from the telecommunications provider Century Link said that the communications industry is generally aware of GPS vulnerability and is especially concerned about timing. But she wasn’t sure if that awareness and concern was sufficient across the population as a whole.

She also said that spoofing and jamming incidents were in many ways nuisances that had to be dealt with, like a lot of other cyber issues. The real question for both government and industry, in her mind, is “What if there is no GPS? What do we do then?” She said that, as with any service, customers need to ask themselves: “How long can I be down?”

This panel discussion of PNT issues was part of the National Critical Functions Workshop sponsored by DHS’ Cybersecurity and Infrastructure Security Agency. The workshop took place Dec. 11 and 12, Tuesday and Wednesday, in Crystal City, just outside of Washington, D.C.