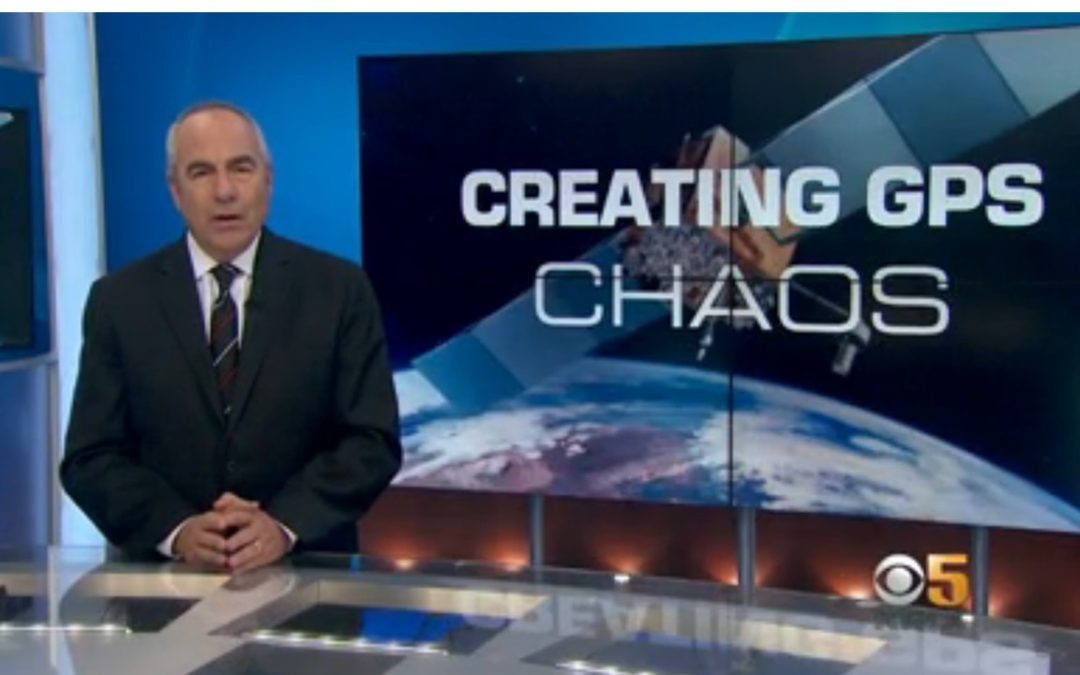 Blog Editor’s Note: This piece from KPIX, the CBS affiliate in San Francisco, is a good popular summary of the challenges faced by America and other nations without a terrestrial backup and augmentation system. While not everything that uses GPS fails as soon as the signals go away, transportation is immediately impacted (anyone out there think that transportation is important?) and other systems begin to unravel and degrade. Electric grid owners, for example, say that they can still operate their systems without GPS, they just can’t manage them (who votes for unmanageable electrical grids?). The exact schedule and sequence of non-transportation systems degrading and failing depends upon hundreds of variables and is unknowable.  We just know that it will happen.

BTW – we really like the extra focus bit they did on Brad Parkinson.  See the video embed about halfway down. 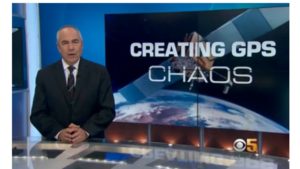 Experts warn that terrorists and hackers are looking into ways to “warp” time and that might have an impact on almost everything we do.

When San Francisco resident Erin Wolff wants directions or to get a ride, she whips out her smartphone and clicks on one of several apps.

“Often when you open it up, they already have your location on there,” exclaimed Wolff.

These kinds of location services are thanks to GPS — the Global Positioning System. GPS is a U.S. network of 31 satellites that currently provides navigation technology. But the system is really not so much about the maps as it is about the time.

Goward is the President of the Resilient Navigation and Timing Foundation. His nonprofit group is an educational and scientific charity that seeks to promote polices that protect GPS services.

Goward explained that on each satellite, there is a set of atomic clocks. These clocks do not look like a clock you would hang in your home or wear on your wrist but they are incredibly accurate.

Like a heartbeat, atomic clocks on each satellite send a continuous, ultra-precise time signal back to earth.

“The GPS satellites are essentially whispering down to GPS receivers the time,” said Randy Brudzinski.

Brudzinski is the vice president and business unit manager at Microsemi’s frequency and time division. Microsemi is a semiconductor company with an office in Silicon Valley. It also makes atomic clocks.

“It gives you time down to the order of a billionth of a second,” explained professor Bradford Parkinson.

When it comes to the Global Positioning System, Parkinson is a legend. He was the chief developer, advocate and creator of GPS. He is an American engineer and inventor and a former US Air Force Colonel. Today, he is a recalled professor emeritus of Stanford University.

Computers around the world use GPS to determine what time it is,

Some examples of that reliance: the cell towers that route phone calls, ATMs and credit cards, the electric grid that powers your home, tractors harvesting food, any stock or investment transaction, digital broadcasting, airports and even BART.

All rely upon GPS and its ultra-precise timing. Professor Parkinson says our economy now depends on it.

“GPS value to the United States is over $66 billion a year,” said Parkinson, citing research.

That value is what has raised concerns among experts over a growing cybersecurity threat to GPS. The greatest danger is the deliberate spoofing or jamming by hackers, terrorists or rival foreign military powers.

“This is a major national security issue,” warned U.S. Representative John Garamendi. The Northern California lawmaker is on the House Armed Services and Transportation & Infrastructure committees.

At a recent cybersecurity conference in Las Vegas, one presentation showed that the threat is no longer just a theory.

Security expert David Robinson, who works for ZX Security, demonstrated how with a cheap homemade kit he could effectively “warp time” by falsifying GPS-based time signals.

The idea: if you gently shift time, the satellites begin to go a little haywire; their services start to fall apart and stop working.

“We know there is a danger and that eventually something bad will happen. But we really haven’t taken any action to prevent it.” said Goward.

Along with Parkinson, he is calling for a backup system located here on earth to augment GPS. Instead of being in space, this backup system is terrestrial based. It’s called E-Loran.

“We strongly think GPS should be augmented,” said Professor Parkinson.

“We have to have a backup,” stressed Congressman Garamendi.

The clock is ticking.

In the meantime, Microsemi is taking matters into its own hands. The company has created a new firewall called the BlueSky GNSS to bolster protection against the growing threat to GPS.

“We know the threat is real. We see it on a global basis.” said Brudzinski.

As for Wolff, she wants Congress to stop wasting time and fund the backup system.

“Knowing how it affects every part of my life, I would say … I’m pretty dependent upon it,” explained Wolff.

Link to video and on-line article.