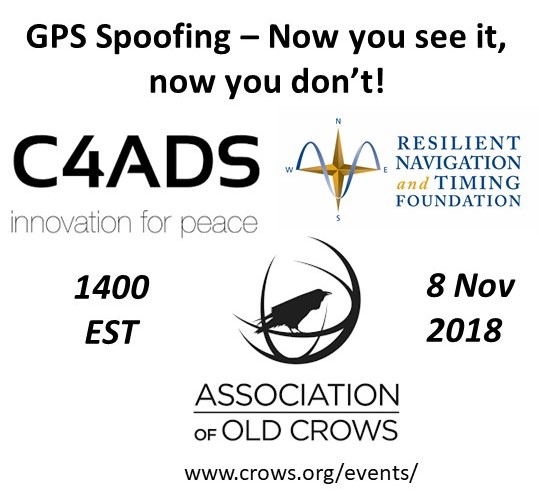 Spoofing GPS – Now you see it, now you don’t!

Russian EW ops have “relocated” over 600 vessels from their coastal waters to airports. Gamers have convinced Pokémon Go that they are thousands of miles away in remote locations to collect virtual prizes. – Once the province of highly skilled technologists, GPS signal spoofing is now available to every nation and every consumer. Recent work has shown that it is even relatively simple to spoof multiple GNSS constellations at the same time. This Webinar will explore the development of spoofing technology, provide examples of documented spoofing incidents, and discuss countermeasures that can be taken to help avoid being spoofed.

Mr. Dana A. Goward is President of the Resilient Navigation and Timing Foundation and the proprietor at Maritime Governance, LLC. In August of 2013 he retired from the federal Senior Executive Service having served as the maritime navigation authority for the United States. As Director, Marine Transportation Systems for the US Coast Guard, he led 12 different navigation-related business lines budgeted at over $1.3B/yr. He has represented the US at IMO, IALA, the UN anti-piracy working group, and other international forums. A licensed helicopter and fixed wing pilot, he has also served as a navigator at sea and is a retired Coast Guard Captain.