“US Military In Denial Over Denial of Space” – Joint Force Quarterly 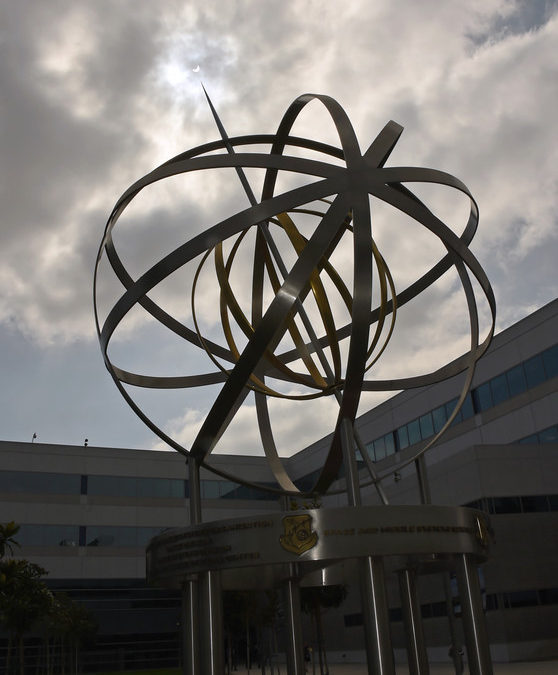 Blog Editor’s Note: The most disturbing parts of the below article:

“The failure to understand and plan for the probability and severity of loss [of space capabilities] may well lead to the culmination of the United States during war.”

“In recent exercises, white cell teams quickly restored denied space services and capabilities to allow progress in order to meet training objectives….an unwillingness to play out the scenarios in a denied or degraded environment that warfighters can expect to experience during actual conflict. This is a clear indicator of the critical dependence U.S. forces have on space. Yet the U.S. military operates daily with the expectation that it will not experience long-term denial of space effects.”

568 Balls in the Air: Planning for the Loss of Space Capabilities

An event of considerable technical and scientific importance . . . [its] importance should not be exaggerated . . . the value of the satellite to mankind will for a long time be highly problematical.

On October 4, 1957, while the United States focused on domestic issues, the Soviet Union successfully launched the world’s first satellite, Sputnik. This event, which President Dwight Eisenhower quipped was simply “one small ball in the air,” ushered in the Space Era and—following President John F. Kennedy’s challenge to land an American on the moon by the end of the 1960s—ignited the Space Race.

The Space Race encompassed the National Aeronautics and Space Administration’s (NASA’s) Manned Space Lunar program, which drove America to the moon and inspired groundbreaking American satellite programs. From 1958 to 1960, U.S. space firsts included Corona, the first reconnaissance satellite; Vanguard II, the first weather satellite and the first to take a photo from space; and TRANSIT IB, the first navigation satellite program.2 These programs laid the framework for the U.S. military’s dependence on the National Reconnaissance Office’s imagery and signals intelligence capabilities, real-time weather capabilities provided by the Defense Meteorological Support Program, and the ubiquitous Positioning, Navigation, and Timing (PNT) system, which provides, at no charge to over 2 billion people, access to the Global Positioning System (GPS) constellation. Today, nearly 60 years after Sputnik, the space capabilities and effects provided by 568 U.S. satellites are deeply integrated into all aspects of society, especially the U.S. military, and that dependence upon them is simultaneously unrecognized and irreplaceable.3 Specifically, the U.S. military is heavily dependent on space capabilities to provide navigation accuracy for weapons employment, bandwidth for telecommunications, signals and imagery for indications and warning, and missile warning for theater operations and nuclear strategic attack. These dependencies create unquantified risk to the United States, and an adversary attack could compromise the effects provided by U.S space systems.

Essentially, space capabilities became a center of gravity (COG) for the United States because the U.S. military depends on these capabilities and effects across all aspects of military operations.4 Space effects influence planning and execution at strategic, operational, and tactical levels of war. At the strategic level, space capabilities influence national economic and defense policy including investment banking and combatant command theater strategies. Campaigns and major operations depend on space assets at the operational level. Tactically, battles and engagements utilize space assets to gain and maintain advantage over the enemy. In fact, the Department of Defense (DOD) integrates and embeds these capabilities so deeply that warfighters rely heavily on the benefits of space assets without a corresponding understanding of how much the U.S. military depends on them. By examining the assumed and unique risk of space assets, we posit that systemic integration requires commanders and planning staffs to reduce this liability by coherently identifying, comprehending, planning, and mitigating the potential loss of capabilities.