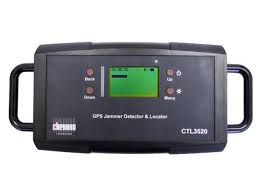 Thanks again to Chronos!

The Issue
The Chronos support team received a call from a mobile operator requesting an investigation into the occurrence of a Synchronisation Supply Unit (SSU) entering holdover. According to the system logs the SSU simply stopped seeing GPS satellites and disqualified its input, giving no other clues as to the cause. The system had been continuously tracking around 10 satellites, all with good signal levels. Given the relative briefness of the events and the lack of available data it was agreed that the system be monitored for future events in an attempt to determine the root cause and rule out one-off events. Over the next few weeks the system would continue to enter holdover for periods of time ranging from a few minutes to a few hours. During one extended event, the support team were able to observe a complete loss of satellite signals reported by the SSU and observed an immediate recovery of the signal when the event ended.

An analysis indicated that all events were occurring between 09:00 and 17:00 Monday through Friday. Working on the suspicion that the system may be under the influence of a GPS jammer being used for personal privacy, and using Google Maps, the support team identified local businesses whose premises were adjacent to the telecom operator.