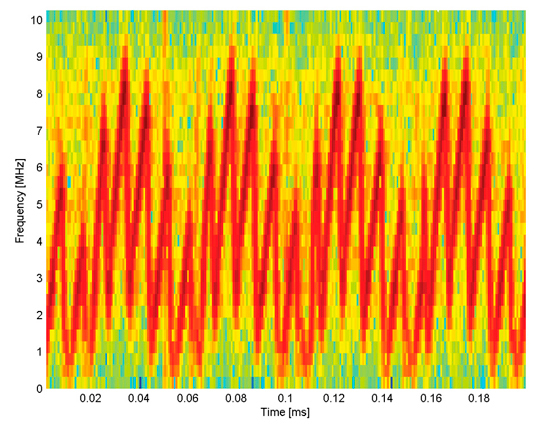 Here is the first of the three case studies:

This dataset was the initial motivation for this work. A customer reported intermittent tracking problems with a newly installed receiver. The receiver would stop tracking for a few hours every evening. Customer service visited the site to investigate. Because of the intermittent nature of the problem, interference was suspected. An OEM729 receiver was walked around the affected antenna in an attempt to find the source of the interference and also to prove to the customer that interference was in fact the cause of the tracking problems.

FIGURE 8 shows the collected measurements. The numbers shown are the received interference powers at each location. It is possible to approximate the location of the interference and the impacted area by looking closely at the measurements, but it takes some close examination and interpretation. 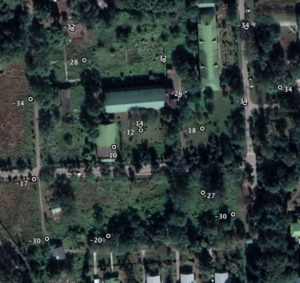 Using the data points collected, an interference map can be generated using the method described. This map is shown in FIGURE 9. The lighter color indicates a higher likelihood that the interference transmitter is at that location. The location of the transmitter is also shown in the figure. The likelihood map is very close to the actual location of the transmitter. It gives a quick and easy-to-interpret visualization as opposed to individual measurement points. 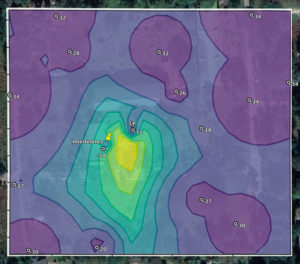