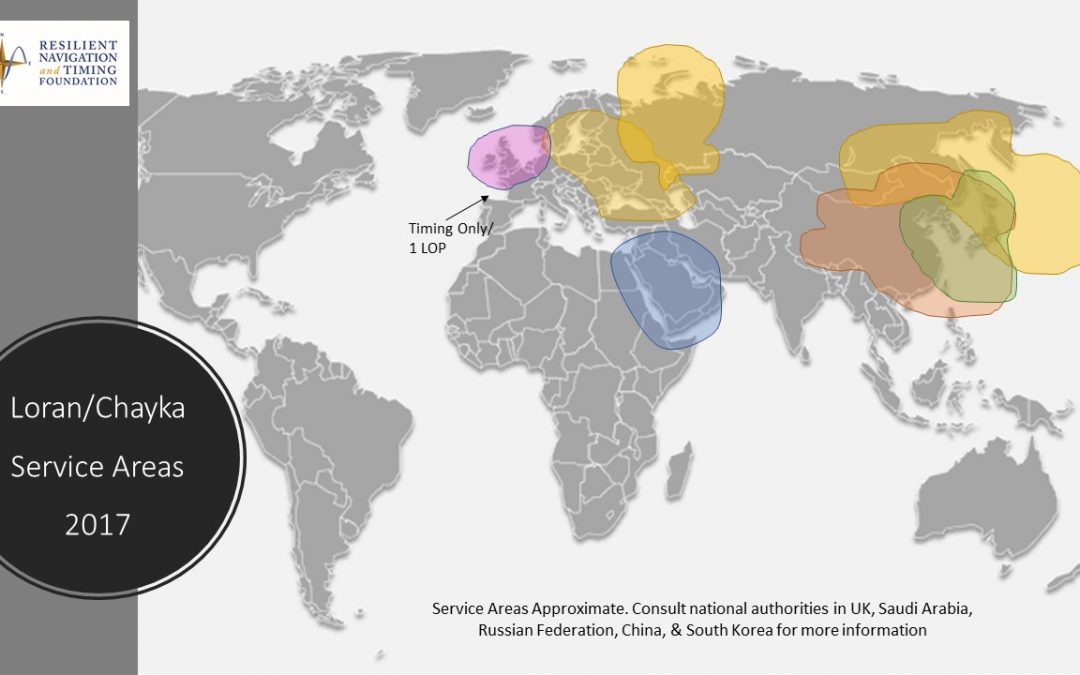 Western governments have generally shown little concern about GNSS vulnerabilities and their countries’ critical dependence upon them.

Not so for some others. Iran has announced that it has a Loran system to prevent its dependence on space. Saudi Arabia has had a Loran system in operation for decades, as have South Korea, Russian and China.

Monday we reported on South Korea’s project to upgrade its system to eLoran and improve coverage and accuracy. There is evidence that Russian and China are both working to follow South Korea’s lead and improve / upgrade their systems.

The Institute of Physics recently published a 2018 Russian paper entitled “Method to improve accuracy of positioning object by eLoran system with applying standard Kalman filter” (the Russian Loran system is called “Chayka.”) This paper references four Chinese papers on Loran or eLoran, two from 2013, one from 2015, and one from 2016.

The Russian paper was presented at the International Conference on Information Technologies in Business and Industry 2018, held in Tomsk, Russia in January of this year.