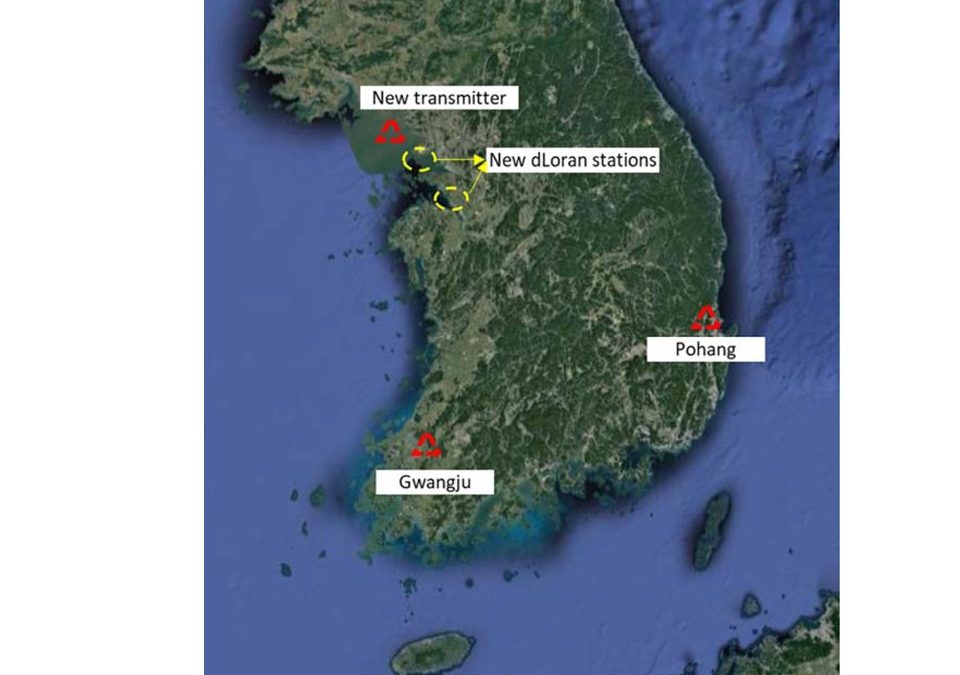 Blog Editor’s Note: The attached paper presented at a recent IALA meeting shows South Korea’s eLoran project on schedule. While the UK eLoran system found 6 – 7 meter positioning accuracy, to date the S. Korean project has calculated 10m or less for many areas, but challenges meeting that in some others. This is probably due to a combination of the geometry of their existing transmitting sites, and not having received and installed new transmitters (the existing ones are 20 – 25 years old and have looser tolerances). Also, they are taking a very conservative analytic approach by using algorithms for Loran-C rather than the newer ones developed for eLoran.

Due to the vulnerability of global navigation satellite systems to radio frequency interference, South Korea has decided to deploy the eLoran system. A research and development project to develop an eLoran testbed by 2020 is currently in progress. For the eLoran testbed, a new eLoran transmitter is planned to be installed in Gyodong and two differential correction stations are expected to be installed in Incheon and Pyeongtaek. In this paper, we briefly introduce the current status of the Korean eLoran testbed project. Then, the expected accuracy performance is presented by simulations and experiments. The software simulations compare two cases: a Korean transmitters only case and a Far East Radio Navigation Service (FERNS) chain case. Because the new eLoran transmitter is not yet deployed, its positioning accuracy cannot be directly measured. Thus, we used the multichain Loran-C positioning algorithm to obtain the expected performance of the eLoran “all-in-view” positioning. The measured performance with five FERNS transmitters and the multichain positioning algorithm for a static user in Incheon was 14.0 m (95%), which satisfies the accuracy requirement of the Korean eLoran testbed project.