Blog Editor’s Note: It’s incredibly important to defend against cyber attacks, but no defense is perfect. Nations need to focus on resilience, according to an official at the UK’s GCHQ, Britain’s equivalent of America’s National Security Agency (NSA).

“Absolute protection is neither possible nor desirable; it’s about having more resilience in the systems we care about the most, those where loss of service would have the most impact on our way of life.”

We understand that the British government is very serious about resilience and has a number of funded projects to increase critical infrastructure resilience, including reducing its dependence on GNSS. Find out more by attending the RNTF reception and meeting in Baltimore on the 15th of May. 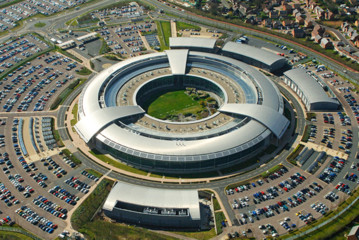 Britain’s spy agencies cannot offer “absolute protection” against Russian cyber attacks and are instead focused on preventing assaults that would “most impact on our way of life”, in the wake of the Salisbury poisoning, GCHQ is warning.

Writing in The Sunday Telegraph, Ciaran Martin, the head of the agency’s cyber defence unit, says it is a matter of “when, not if” Britain faces a “serious cyber attack”.

He added that its focus was now on building “resilience” in “the systems we care about the most”, believed to be Britain’s power and water supplies, internet and transport networks, and health service.

The Sunday Telegraph understands that senior representatives of utility, transport and internet firms and the NHS have attended intelligence briefings at the National Cyber Security Centre (NCSC) on the specific methods – known as “attack vectors” – being used by Russia to target Britain’s critical national infrastructure, following the nerve agent attack in Salisbury last month.

Separately, the NCSC is understood to have written to the Government setting out urgent actions that departments and individual officials should take to protect Whitehall from cyber assaults.