Blog Editor’s Note: Since we first reported on this, we have come to learn that the GPS backup issue in the UK is being lead by the Cabinet Office – the UK’s equivalent of the White House. The GPS backup effort in the US is at the agency level. Recommendations need to work up through departments and then to the White House. This is a big part of why efforts in the US seem far behind those of the UK. 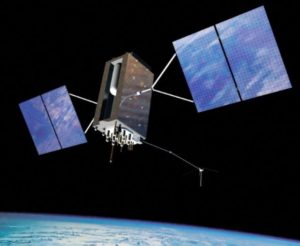 eLoran does not depend upon GPS satellites – Maritime Journal

With government funding and support essential for the establishment of an e-Loran system as a back up for satellite navigation systems such as GPS there are signs that this support is at last forthcoming, reports Dag Pike.

In response to the publication of a document entitled ‘Economic Impact to the UK of a disruption to GNSS’ there has been a positive response from a government minister.

Caroline Noakes, who was Minister for Implementation when the letter was written, is quoted as saying,

‘It is important to the UK Government therefore that an alternative to these satellite systems which does not suffer from the same vulnerabilities, is established. Your letter and report notes that Enhanced Loran (e-Loran), being a technologically dissimilar system provides just such a resilient alternative to satellite systems. The UK Government is therefore supportive of any progress towards initiating and maintaining an operational eLoran network that can provide position, navigation and timing services and will lend support where appropriate to aid its establishment and continued use.’

This response comes in the light of the increasing reliance on GPS and alternative satellite navigation systems by a wide range of users including the maritime sector where GPS is widely used for general navigation and specialist applications. Safety systems such as AIS also rely on GPS positioning and any failure of GPS from jamming could have an immediate impact on safety at sea as well as many related applications. This vulnerability comes from the very weak signals from the GPS satellites that transmit the essential navigation data and which can be readily jammed using cheap equipment that can be bought on the Internet.

ELoran is based on the old Loran C system but can provide much greater accuracy equivalent to that which is possible from GPS. It is a land based system that uses powerful signals at a low frequency which are much harder to jam. It will also provide the essential timing signals upon which so much infrastructure depends.

To establish eLoran would mean erecting tall transmitting towers or re-establishing the ones from the old Loran stations. In Europe it would require international agreement because the system needs transmitters in a range of countries to provide the necessary coverage over Northern European waters. It appears that the EU is showing little interest in promoting eLoran as a back up system because they are spending large amounts of funding on their Galileo satellite system that is similar to GPS and thus equally vulnerable.

One question that has still to be answered if eLoran does become established as a back up, is that with two alternative systems, which one do you believe if they show different positions? This could pose a significant dilemma for future navigators.

Blog Editor’s Post Script: We agree with Dag’s last comment, but at least the navigator will know there is an issue and he/she needs to start paying closer attention. With only one source of signals, navigators can be easily led astray by spoofing or other hazardously misleading information.