Blog Editor’s Note: A good overview article by Sean McCrystal at Orolia about the need for resilient PNT. Orolia has been positioning itself as a resilient PNT provider for several years. We understand that some of it’s Spectracom brand products have the ability to use subscription-based STL signals (for which the company is a value-added re-seller) and eLoran signals. The 2017 UK government study Sean mentions cited both STL and eLoran as ways to achieve more  resilient PNT. 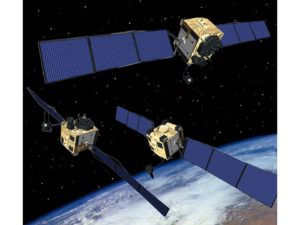 Positioning and timing have been the foundation blocks for navigation since man first took to the oceans. Since the development of the Global Navigation Satellite System (GNSS) in the late 1970s, position, navigation and timing (PNT) based on satellite input has been vital to many critical systems on board vessels, allowing receivers to determine location to a high-degree of precision (within a few meters) using time signals transmitted from space. The maritime industry relies on trustworthy PNT in transport infrastructure, navigation, communications, search and rescue applications, fishing operations, regulation and recreational boating.

As an example of its significance, UK Government research in 2017 identified that a five-day loss of GNSS would cost the UK maritime economy over a billion pounds, highlighting the fundamental value of the signal in core marine operations, and the growing realisation that GNSS as a source of PNT needs to be both protected and irrefutable. This realisation of the importance of GNSS has led to the birth of what is now known as Resilient PNT.

GNSS are the primary PNT reference sources, but their signals are very weak when they arrive to earth. They have well-known vulnerabilities and limitations that require protection and mitigation. They can be disrupted by unintentional interference and the unencrypted signal in civilian use is susceptible to attack.

Intentional interference can be the denial of access to satellite signals or jamming, so your vessel can’t determine its exact location. Spoofing, also known as advanced jamming, is the creation of additional signals that provide misleading PNT information, so the vessel’s position or time reference is no longer accurate.