Blog Editor’s Note: A recent UK government report sounds the alarm for every nation about dependence on GNSS. As an example of one of dozens of vulnerabilities, the report describes how jammers are used along with a suite of other wireless tools to easily steal automobiles, evade GPS trackers, and prevent their recovery. 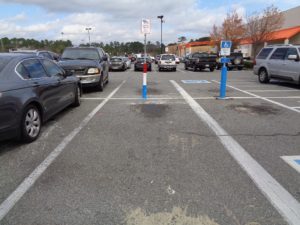 In the past few years, a new kind of car theft has been reported. A driver might park at a motorway service station to stop for a coffee. Returning to their car 20 minutes later, they find it gone. If the car is recovered, there is no sign of forced entry. How can this be?

The answer is a new kind of jammer. Built into smart leather briefcases, these are much more sophisticated and capable than earlier types of jammer, which were mainly used as personal privacy devices by fleet drivers. They cover many different bands. In an 8-channel jammer, for example, three channels are dedicated to GNSS bands; three to the frequencies of key fobs used to lock and unlock car doors; one to the frequency used by hidden GPS tracker devices; and the last to the Bluetooth frequency, which is often used for car park CCTV communications.

The thief wanders around the car park with their briefcase. Spotting a likely target car, they activate the jammer. The driver is unaware that their key fob has not locked the doors. Having got into the car, the thief connects to the onboard diagnostic box and clones the car’s key within seconds. Onboard GNSS is then jammed, so the car cannot be GPS tracked as the thief drives it away.

These briefcase jammers, readily available over the internet, make keyless car theft an easy task. So much so that insurance underwriters are refusing to cover some cars because they feature keyless entry and start technology.

What the thief probably does not realise — and does not care about — is that they may be disrupting signals in an area hundreds of metres across. Because these devices transmit at high power, up to three watts, they can easily wipe out GNSS signals, as well as the police communications band (TETRA) and future emergency services bands.

From “Satellite-derived Time and Position: A Study of Critical Dependencies” UK Government Office for Science, 2018