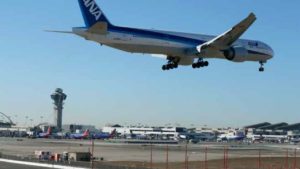 Concern over the vulnerability of GPS extends far beyond aviation, since GPS has become an integral part of our modern economy, thanks to its precision timing, location, and navigation capabilities. A Nov. 27, 2017 Wall Street Journal op-ed summed it up nicely: “If GPS Failed, We’d Be More Than Lost.” As I’ve written here before, the FAA’s plan to retain extensive legacy VORs and DMEs, plus all primary and most secondary radar capacity, is inadequate—and of course leaves all other GPS users fully vulnerable…

If a national GPS backup system is implemented, FAA would be able to reconsider its original NextGen vision of retiring most ground-based legacy navigation aids, and possibly also its aging secondary radars. That would save a boatload of money that could be used to help pay for large-scale consolidation of the system’s aging centers and TRACONs.