Blog Editor’s Note: Helicopter Association International (HAI) recently posted an advisory for its members about GPS interference. Interestingly, the discussion is limited to government testing rather than the broader threat. We understand that government testing is a concern for all forms of aviation. Also that commercial aviation interests generally object to most interference tests as they disrupt commerce by making air routes through the test area longer and more expensive. There can be other hazards as well. We have heard of at least a couple instances in which auto-pilots on aircraft flying through GPS testing areas have moved flight controls dangerously.  See for example this case near Salt Lake City. 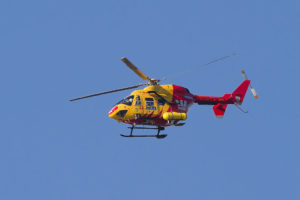 The Helicopter Association International (HAI) has released a document, Understanding GPS Interference Events, to explain the practice of purposefully jamming and/or testing of GPS signals, as well as where members can go to get information on Notams associated with the GPS interference exercises. The Department of Defense is required to conduct the exercises, HAI noted, adding that they involve intentionally degrading or outright denial of the GPS signal.

The National Telecommunications & Information Administration’s Office of Spectrum Management evaluates the event to determine the contours of where interference could be experienced, creating a “bug splat” plot to depict interference exposure levels for certified aviation GPS. The FAA uses those contours to graphically depict affected areas in Notams. A subset of these Notams are published on the FAA’s Safety Team (FAASTeam) website and emailed to subscribers of the Safety Program Airmen Notification System. Other information sources listed by HAI include the Wide Area Augmentation System (WAAS) Test Team website, the FAA WAAS website, and the Coast Guard Navigation Center website.

HAI discussed the interference practice and provided the resources as the FAA issued its latest flight advisory of GPS interference testing, which began yesterday and will continue through January 22 at the National Training Center near Barstow, California.