Blog Editor’s Note: Reports from around the world show many security services using GPS jamming as a part of VIP protection efforts. As far as we know, the Russians are the only ones to spoof signals. 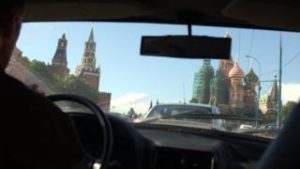 By BBC Monitoring
The world through its media

Suspected meddling with satellite navigation systems in Moscow has caused confusion on the roads.

Taxi users are facing inflated fares because their position has been wrongly located thousands of miles away.

It follows media claims the Kremlin has been trying to confuse global positioning systems (GPS) to thwart possible attacks on top officials.

However, the latest wave of reported cases appears to affect a wider area in Moscow.

Social media users in Russia have shared screen grabs suggesting their position had been misidentified as 0 degrees longitude and 0 degrees latitude – in the Atlantic Ocean off the coast of West Africa.

One of them, journalist and technology reviewer Eldar Murtazin, said the error could have been caused by a deliberate disruption of satellite navigation systems “because someone is on the way to somewhere“, implying that an official was passing through the area so signals were jammed. 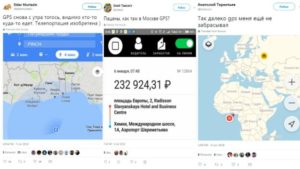 “Is GPS OK in Moscow?” wondered one of them, posting a screen shot of a bill for 232,924 roubles (£3,000) for a ride from central Moscow to Sheremetyevo airport.

Yandex Taxi, one of Moscow’s largest online taxi booking services, confirmed to VC.ru website that some of the bills were too high and “were being dealt with manually”.

Yandex’s support service responded to one complaining customer on Twitter by confirming “disruption to GPS signals” and sharing an article that blamed the Kremlin.

Belka Car, a car sharing service in Moscow, also warned its customers that GPS signals in Moscow were “unstable” and could misidentify the car’s location as being in Romania.