How Russia, China or Even North Korea Hopes to Crush America’s Military 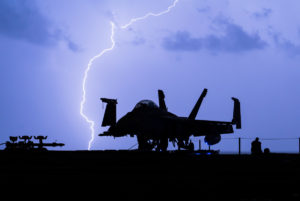 Editor’s Notes: Two new/developing technologies are described in the article. Both are important steps forward in resilient PNT.  The description of the Echo Ridge system on their website says that it uses existing wireless signals for time in GPS denied environments. A Versa/Orolia white paper describes their system using similar signals and those from the Satelles satellite system.

How Russia, China or Even North Korea Hopes to Crush America’s Military

Since the days of the Gulf War debut of a host of new precision weaponry and communications technology, the US military has increasing developed GPS-dependent drones, satellites, force tracking systems and a wide range of weapons.

While such things, such as Air Force Joint Direct Attack Munitions for the Air Force, or the Army’s GPS-enabled Blue Force Tracking succeeded in ushering in a new generation of advanced combat operations – in more recent years potential adversaries have become adept at closing the technical gap with the US. As part of this, the margin of US military technological superiority is challenged, matched and, in some cases, outdone.

Accordingly, there is a broad consensus among military developers and industry innovators that far too many necessary combat technologies are reliant upon GPS systems. Weapons targeting, ship navigation and even small handheld solider force-tracking systems all rely upon GPS signals to operate.