Blog Editor’s Note: Very conservative Senator Ted Cruz (R-TX) and very liberal Senator Ed Markey (D-MA) are about as far apart on the political spectrum as you can get in these polarized days. So it really says something about the apolitical importance of this issue and the ability of our leaders to work together in the nation’s interest. Good for them.  The below press release was posted on Senator Cruz’ website this evening. 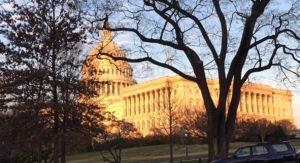 WASHINGTON, D.C. – U.S. Sens. Ted Cruz (R-Texas) and Ed Markey (D-Mass.) today introduced the National Timing Resilience and Security Act of 2017. This bill directs the Secretary of Transportation to work in consultation with the Secretary of Homeland Security and Commandant of the Coast Guard, to provide for the establishment, sustainment, and operation of a land-based, resilient, and reliable alternative timing system to Global Positioning System (GPS) satellites.

Further, the bill would ensure the availability of uncorrupted and non-degraded timing signals for military and civilian users in the event that GPS signals are corrupted, degraded, unreliable, or otherwise unavailable.

“Ensuring we have an alternative GPS timing system is critically important to both national and economic security,” Sen. Cruz said. “Currently, there is no active, domestic back up system to GPS which makes it a single point of failure and poses a vulnerability that our adversaries could exploit. The GPS timing signal is essential to the functioning of cellular networks, the power grid, financial markets, military systems, the internet and even medical devices. Without a timing signal, you cannot use an ATM or a credit card to buy gas. Should GPS be disrupted for even just a few hours, critical infrastructure could shut down and pose an immediate threat to life and the economy in the US. I’m grateful for Sen. Markey’s leadership on this important issue, and I look forward to working with my colleagues to ensure the National Timing Resilience and Security Act of 2017 is signed into law.”

“Our nation’s banking, communications, electricity, and transportation sectors rely on the precise timing provided by America’s GPS,” Sen. Markey said. “In the Internet of Things era, we cannot allow natural phenomenon like solar flares or coordinated attacks like jamming to threaten these vital functions. This legislation will help improve the resilience of our national timing source and improve the reliability of this critical infrastructure. I thank Senator Cruz for his partnership on this issue, and plan to seek inclusion of this bipartisan legislation in the Coast Guard Reauthorization Act.”

The full text of the bill may be viewed here