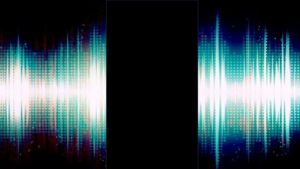 “This has been happening over the last 4 days. We have seen a quantum leap in indications. Our receivers are not the best and we are looking at replacing them but something has changed and we would like to know how we can compensate for the change as it is effecting service as we are getting time jumps…. ‘Vic 100 antennas with Mier Digital Audio Broadcasting Transmitters with GPS timing module, we have had a vast increase in the number of GPS alarms over the last 4 days, we have 1000+ GPS systems across the UK for TV and radio broadcasting could you confirm what the nature of the testing you have been doing re power level changes on the satellites. Regards [Name of Reporting Source]… Vectron timing unit with a Nav Sync chip set (old)” – January 2017

In 2015 a digital broadcast provider in the UK reported “Numerous ongoing brief losses of lock to GPS being reported by telemetry from numerous remote television transmitting stations around the UK, notably around the south coast, Wales,  and central UK. GPS reference units showing latched input alarms and operating in holdover modes. Request advise on any issues that may be causing this.” These problems were traced to a nationwide frequency stability degradation caused by space weather. The equipment issue was a vulnerability in a GPS based timing module embedded in the digital broadcast transmitter system.

In 2016 digital broadcast in the UK was disrupted in January for about 12 hours as a result of a 13.7 microsecond timing error transmitted by 15 of the 31 GPS satellites. The unexpected error occurred when SVN-23, the oldest satellite in the GPS constellation, was removed from service.

The January 2017 incident after the third day of the problems described in the report above the US government issued NANU 2017008 which announced that one satellite would be unusable for a day, presumably because of maintenance activity. The US government was criticized for not issuing the NANU forty-eight hours in advance as is called for in GPS Service Performance Standard. We do not know if the NANU was related to the problems experienced by UK digital broadcast.

Information for this post was drawn from several sources including reports received by the U.S. Coast Guard Navigation Center.