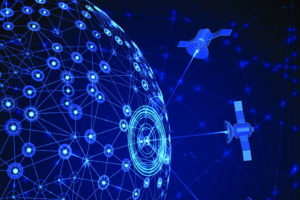 If GPS Failed, We’d Be More Than Lost

Congress should fund a land-based navigation system in case the other one goes down.

North Korea and Russia pose increasingly serious geopolitical threats to the U.S. and its allies. While these rogue nations possess nuclear weapons and formidable conventional forces, they have also used unconventional methods like hacking to attack government institutions and private companies. Add another target to the list of concerns: the Global Positioning System.

Built primarily for the U.S. military, GPS is now used by civilians across the globe. Smartphones, personal navigation units, and air-traffic control all rely on it. They’re part of modern life, constantly performing trivial and critical functions all over the country. Fifteen of the “18 Critical Infrastructure and Key Resource sectors” in the U.S. are GPS-reliant, according to the Department of Homeland Security.

Blog Editor’s Note: The electronic copy of the full article is behind the Wall Street Journal paywall.  The authors go on to discuss:

Here is the print article from page A17 of the 27 November 2017 edition of the paper.

Mr. Everett is a systems engineer. Mr. Berezow is senior fellow at the American Council on Science and Health.