Blog Editor’s Note: This is an interesting article, though it would have been more helpful if it would have said which systems were hacked.  One has the impression that the navigation sensors were not impacted (i.e. no jamming or spoofing), but it is not clear.  It would also have been helpful if the article had said how the ship’s crew detected the attack. A successful attack would likely be subtle and not be easily detectable. 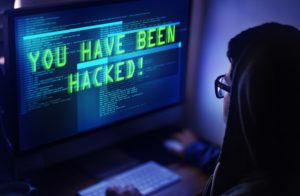 In February 2017 hackers reportedly took control of the navigation systems of a German-owned 8,250 teu container vessel en route from Cyprus to Djibouti for 10 hours. “Suddenly the captain could not manoeuvre,” an industry source who did not wish to be identified told Fairplay sister title Safety At Sea (SAS). “The IT system of the vessel was completely hacked.”

There are three German shipowners that operate eight vessels between 8,200 and 8,300 teu, according to IHS Markit data, one of which confirmed knowledge of the attack to SAS but denied it was a vessel from their own company.

While details are limited, according to the source, the 10-hour attack was carried out by “pirates” who gained full control of the vessel’s navigation system intending to steer it to an area where they could board and take over. The crew attempted to regain control of the navigation system but had to bring IT experts on board, who eventually managed to get them running again after hours of work.

The IT experts installed a program designed “for the maritime industry which will block all attacks coming from outside attempting to influence the IT systems, like a firewall on your home computer, but much stronger and against all sorts of possible attacks”, said the industry source.

They added that in their opinion the case serves as a “pre-warning”, about what will happen in the future of shipping, with pirates using hacking to gain control and entry to vessels in order to carry out kidnap and ransom.