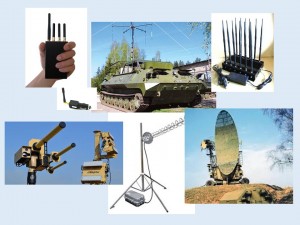 “How vulnerable is GPS/GNSS in defense/security/critical government applications (that is M-code or similar) to disruption by jamming whether intentional or unintentional?”

91% of the respondents in a “GPS World poll answered with “Somewhat,” “Very,” or “Extremely” vulnerable.

The US Department of Defense has invested billions to develop M-code and then configure satellites and receivers. The idea is that theses signals will only be available to the military and help prevent receivers from being jammed or spoofed.

The challenge, though, has always been that signals from GPS satellites are exceptionally weak. They are sometimes compared to the strength of a 40 watt light bulb on the moon as seen from the earth. So it takes very little for someone on Earth to transmit a stronger signal on the same frequency. While doing so is illegal, it can jam or prevent GPS reception for distances of several yards to several miles. Some national militaries are able to easily jam GPS across an entire continent.

Responding to the question “What is the industry issue of the year?” in the same poll, 52% of the respondents replied with an issue related to challenges transmitting or receiving GPS/GNSS signals.

The above poll results appeared on pages 30 and 31 of the October edition of “GPS World” magazine.