US Army – ‘Even Short Comms, GPS Disruption can be Disastrous to an Operation’ 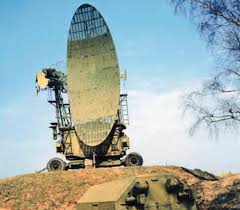 Editor’s Note: This statement in a US Army Handbook published in December 2016 came to our attention when it was cited and a link was provided in an Norwegian Channel 2 report about Russia jamming GPS (but not GLONASS) signals in northern Norway for a week. The handbook discusses Russian electronic warfare (EW) capabilities at some length. At one point the handbook says:

“The Russians layer these systems to shut down FM, SATCOM, cellular, GPS, and other signals. In Eastern Ukraine, these EW systems have proved devastating to Ukrainian radio communications, are capable of jamming unmanned aircraft systems (UAS), and can broadcast false GPS signals (an effect called spoofing). The U.S. reliance on robust communication infrastructure and GPS navigation means that a sudden interruption of this capability, even for a short duration, can be disastrous to an operation.”