Editor’s note: The following is from Bob Poole’s Excellent ATC Reform News. It is a good reminder of the many concealed costs GPS vulnerability imposes across all transportation modes and infrastructures. The article discusses a recent GAO report on the FAA’s Next Generation Air Traffic Control project. 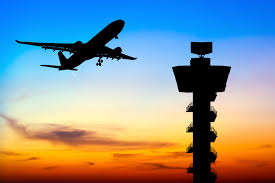 An important problem GAO fails to note is concealed costs. The FAA counts as costs only the specific projects or programs it defines as NextGen. But the original NextGen concept was going to save boatloads of money by replacing legacy equipment with new technology. That would save the costs of ongoing maintenance, as well as the need to replace much of this aging equipment. On p. 5 of its report, GAO states that NextGen will improve ATC “through the replacement of the legacy radar-based ATC system with a satellite system.” Except that is no longer the case. Primary radars, the only ones that can detect non-cooperative targets (e.g., with transponder turned off), serve defense and homeland security (in addition to ATC) functions, and will obviously be retained. And since the planned replacement for radar—ADS-B—is vulnerable to GPS interference and spoofing, FAA will not replace secondary radars (which read the transponder signals), either, nor will it replace about half of the ancient VORs. So the need to continue maintaining these systems, and the need to purchase replacements as they wear out, are de-facto costs of NextGen as it has evolved, compared to how it was originally envisioned. Neither FAA nor GAO has acknowledged this.