Still Many Ways Ahead for eLoran in Norway 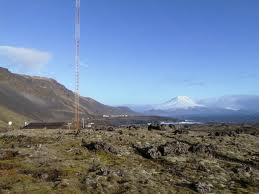 Ignoring pleas from its airline pilots’ association, a major electrical energy company based in Oslo, their telecommunications authority, informed citizens , and the government of the United Kingdom, a few government bureaucrats in Norway have begun scrapping towers and equipment proposed for a commercially-run system to help protect satellite navigation signals and critical national infrastructure.

The highly accurate time signals provided by navigation satellites, such as the US Global Positioning System (GPS) and Galileo, synchronize telecommunications, information technology, energy, and financial networks. Location information from satellites is used in every mode of transportation and has become essential to safety and maintaining the flow of commerce. Yet signals from space are very weak and easy for natural events or malicious actors to disrupt. Recent Norwegian news reports, for example, have shown Russia regularly deceiving GPS receivers into thinking they are miles from their real position. Galileo receivers are also susceptible to these kinds of disruptions.

The solution to this problem, according to many experts, is to pair satellite signals with high-power terrestrial eLoran signals. Presentations to a senior US government panel this summer (here and here) showed how doing so would make the combined service almost impossible to disrupt and improve accuracy.

The most economical, efficient, and expedient way to establish an eLoran network is to convert an existing Loran-C system, such as the one Norway is in the process of destroying. However, it is not the only way.

“We had the same situation in the United States several years ago” said Dana A. Goward, President of the Resilient Navigation and Timing Foundation. “The US President said ‘protect GPS,’ the decision was made to reuse our Loran-C for eLoran, but the right and left hands weren’t talking and some bureaucrats started tearing down the infrastructure. The Congress had to say, ‘stop doing that until GPS is protected’ – and that put a halt to it.”

Yet, even after Norway’s four 200m Loran-C towers are destroyed, an eLoran system could still be established, albeit at a higher cost.

“There are several options,” according to eLoran expert Professor David Last of the University of Bangor and former President of the Royal Institute of Navigation.  These include:

It is even possible to use guy wires that support other tall towers, such as those that provide television, to transmit an eLoran service, says Last. This has already been demonstrated several times in the United States.

“All manner of technology solutions are available,” says Goward. “The most important thing is for political leaders to look at on-going GPS disruptions by Russia, other countries, even private citizens, and decide that they need to protect their nation.  After that, everything else is fairly easy.”