When a tanker vanishes, all the evidence points to Russia – WIRED

Editor’s Note: Every new article on maritime spoofing provides a bit more information on this unfolding story. This piece has a great first-person account from the vessel master who reported the June Black Sea incident. 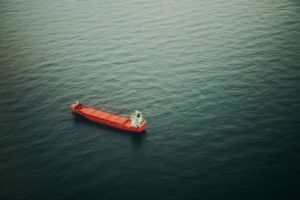 When a tanker vanishes, all the evidence points to Russia

In June, a 37,000-tonne tanker vanished from GPS off the Russian coast. All the evidence points to Russia. But what’s really going on?

By MATT BURGESS
For Gurvan Le Meur it started out as a regular voyage. In June this year, the captain of the 37,000-tonne Atria tanker directed his ship through the Marmara sea, along the narrow Bosphorus strait, and into the vast Black Sea. It was a straightforward one-and-a-half day journey. But this changed when Le Meur approached the Russian port of Novorossiysk.

Modern ships, including the Atria, are fitted with a complex and integrated set of control and navigation systems. Primarily they feed into the automatic identification system (AIS), which lets them be tracked. Underpinning AIS is the Global Positioning System (GPS), present in everything from mobile phones to satnavs.

As the 184-metre-long tanker was docking in Novorossiysk, Le Meur was on the ship’s bridge overseeing the final approach. Suddenly, the ship’s warning signals started blaring. “As soon as the GPS lost the signal, we had tons of alarms,” he says. “You cannot miss it. Pretty much everything on the bridge started raising alarms.”

Instead of displaying Atria’s actual position, the ship’s systems located it 25 to 30 miles away – at Gelendzhik airport. GPS disruptions aren’t uncommon, Le Meur says, but most of the time when problems happen they’re limited to a few hundred metres.