Editor’s Note: China certainly had the means, motive, and opportunity to harass this dissident. Yet people in the US should be safe from attack by foreign governments. It will be interesting to see if the FBI will release their findings, and, if it was a Chinese attack, how our nation will respond. 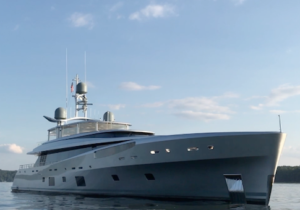 China is suspected of hacking the electronics of a yacht owned by a Chinese billionaire targeted by Beijing.

Guo Wengui, who uses the English name Miles Kwok, said several incidents involving his 152-foot motor yacht, Lady May, appear to be part of a Chinese government effort to threaten and intimidate him.

The suspicious hacking took place in July on the Hudson River near New York City and left the ship temporarily unable to turn and in danger of colliding with nearby freighter.