Editor’s Note: North Korea has repeatedly trialed and demonstrated its GPS jamming capability on South Korea. There are some who have argued that GPS disruption cyberattacks could be very difficult to locate, terminate, and attributed.  Easily transported and concealed devices such as this suitcase jammer could deny signals over an area of 20 miles or more. 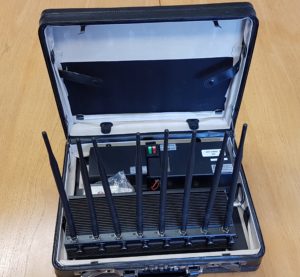 While many in the US have prepared for and protected against other forms of cyberattack, we know of very few prepared for a GPS disruption of more than a few minutes. Such an attack could impact a wide variety of critical infrastructure from telecom and IT networks, to financial and, of course, transportation systems.

As tensions rise over North Korea’s potential nuclear missile threat, U.S. officials and outside experts are increasingly concerned the rogue regime will respond to international pressure by lashing out with a weapon it has already mastered: cyberattacks that can disable corporate networks, steal money from banks and potentially disrupt critical infrastructure.

American intelligence officials have long ranked North Korea as one of the world’s more dangerous cyber actors, trailing only Russia, China and Iran among U.S. adversaries in its ability to inflict damage via computer networks. 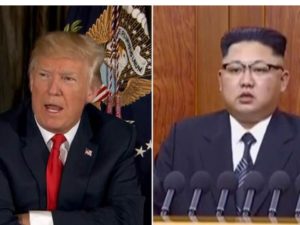 Experts say North Korea could deploy the same techniques to inflict harm not just on one company, but on the American economy.

“We’ve been worried for some time that one of the ways that North Korea can retaliate against further escalation of tensions is via cyber, and particularly attacks against our financial sector,” said Dmitri Alperovitch, co-founder of Crowdstrike, a cybersecurity firm. “This is something they have really perfected as an art against South Korea.”