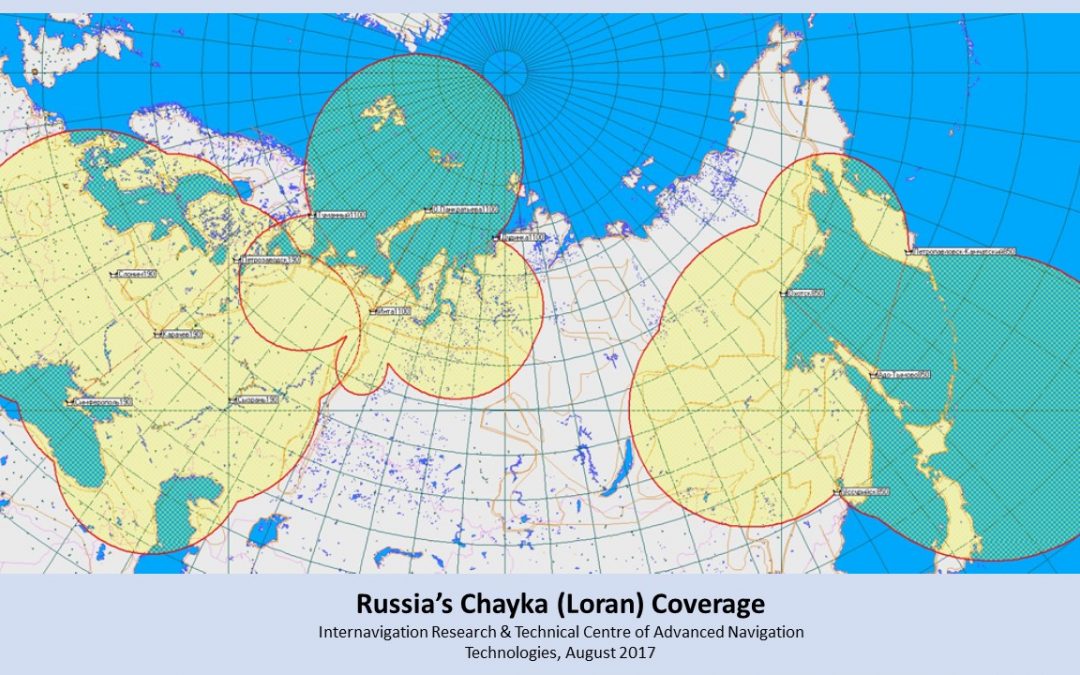 Anecdotal reports about problems with GPS reception in Russian waters have been circulating for years. In June a well documented report showed a disruption in the Black Sea lasting on and off for days and impacting at least 20 vessels.

We expect that mariners would have problems receiving other Global Satellite Navigation Systems during these events since all the systems use the same frequency band.

There is an electronic solution throughout much of Russia, though, for properly equipped navigators at sea, on land or in the air. Chayka, Russia’s version of the Loran navigation and timing system, is available across the entire western portion of the nation including Moscow, the Baltic Sea and Black Sea (see graphic). It is also available in the eastern portion of the country including the Sea of Okhotsk and the northern portion of the Sea of Japan. Only in the relatively underpopulated center and some arctic areas is Chayka service not available.

Chayka/eLoran receivers, while not as readily available as GPS/GNSS receivers, can be had from several vendors. Some have even begun the process of miniaturization. Earlier this year “GPS World” reported on a combined GPS/GNSS/eLoran/Chayka receiver that was only 6 centimeters long.

Chayka/eLoran signals can also be used for timing applications. Using both space and terrestrial timing signals makes networks and other critical infrastructure much more resilient as something that might disrupt one is very unlikely to disrupt the other.