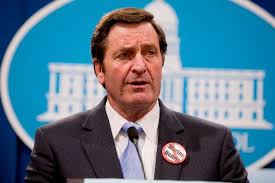 “Inside GNSS” reported today that the House Defense Appropriations Act for 2018 provides $10M for the GPS complementary and back up system proof of concept called for in the 2018 National Defense Authorization Act (NDAA). This was as a result of an amendment sponsored by Congressmen John Garamendi (D-CA) and Frank LoBiondo (R-NJ).

See amendment 32 to Division D of the bill.

We understand that the money we be allocated to Air Force Research, Development, Test and Evaluation.

Even though the money is being provided to Air Force, the project mandated by the NDAA is to be done by three cooperating departments, each of which have an interest:

We called various officials within the administration about this. Many were unaware of the pending appropriation and had yet to begin to think about how the money would be handled or the project executed. We understand that this process has now begun.

The 2018 NDAA requires a report to Congress within 120 days of the act’s passage on how the three departments are going to do the Proof of Concept.  Now that it looks like the project will be funded, Congress is unlikely to brook any excuses or delays.