In outer space, the US is vulnerable to China and Russia – The Hill 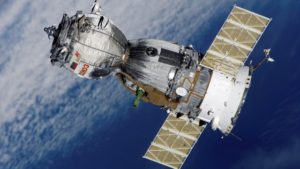 Editor’s note: The author is a USAF intelligence officer assigned to the Pentagon. After an interesting description of the problem he concludes with:

“Military officers and war planners need to better understand how their operations are reliant upon space technologies, and develop redundancies should they be denied those capabilities.”  We heartily agree and propose that the same is true for critical infrastructure and other important civil applications.

In 2007, the Chinese military shot down one of their own weather satellites using an anti-satellite (ASAT) weapon.

The shoot-down was a message to the world that Beijing possesses the capability to potentially destroy satellites flying in low earth orbit (approximately 99 to 1200 miles above the earth), where many important U.S. space assets reside.

In the last thirty years, the United States military and civil society have become completely reliant on space-based systems. They represent the best in American innovation, but they also are a strategic vulnerability.

Both China and Russia are increasingly concerned about the potential for U.S. intervention in regions that they view as their geopolitical spheres of influence — for Beijing, the South China Sea and Taiwan Strait and for Russia, the Near Abroad. The ability to deny the United States its use of critical space-based resources could effectively level the playing field in a regional conflict with either Beijing or Moscow, both of which are investing billions of dollars into counter-space weapons.

In a war with either China or Russia, space would serve as the ultimate high ground. To better address a contested space environment, the Department of Defense needs to more rapidly shift away from the view that space is a distant domain, and emphasize the fact that it is intimately connected with combat forces on the ground, in the air and on the sea.

To understand the importance of space, it is instructive to consider what a day without space-based infrastructure (both military and civilian) would look like. People would not be able to take cash from ATMs (ATMs use a GPS timing signal), all commercial airliners would be grounded and many smart technologies would go dark.

For the military, U.S. forces would lose precision targeting capability, the use of critical reconnaissance satellites that provide some of the nation’s most valuable intelligence, the ability to instantaneously communicate with units spread all over the globe, and GPS-based navigation in the land, sea and air domains. Space assets are the primary enablers of tactical and theater-level intelligence, surveillance and reconnaissance platforms (e.g. remotely piloted aircraft) that provide much needed battle-space awareness. Thus, without space, the U.S. military loses its ability to quickly and effectively integrate operations across all domains of warfare, which could be devastating in a conflict with either Russia or China.