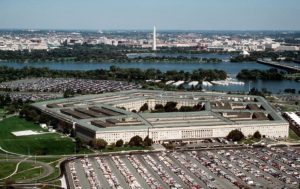 While the second official has since retired and another hearing has been held about the importance of GPS to Homeland Security, the question of how much the Department of Defense relies upon GPS remains open. Worldwide military operations depend upon services and supply chains here at home. What would it mean to our military might if some or all were degraded by a GPS disruption?

The House version of the 2018 National Defense Authorization Act (NDAA) seeks an answer to at least part of that question – the risks of GPS disruptions to defense of the homeland and defense operations within the United States.

While many Americans think of US military operations as taking place “over there,” a majority of our forces’ training, equipping and preparation to go “over there” takes place at home. The Department of Defense has significant domestic responsibilities as well.  The National Guard is the nation’s largest group of first-responders, and Northern Command’s primary mission is “…homeland defense, civil support and security cooperation.”

The Act calls for a briefing to Congress on the topic by December 15th of this year. Our guess is that, because GPS really is “needed for everything,” the briefing will be eye-opening. We hope that at least some of the information will be made available to the public so that all can benefit.

Here is the exact language from the bill:

“Reliance on Global Positioning System for Defense of the Homeland

The committee is aware that the Department of Defense is coordinating with the Department of Transportation and the Department of Homeland Security on efforts to strengthen positioning, navigation, and timing (PNT) capabilities, including considering redundant systems. The committee notes that section 1618 of the National Defense Authorization Act for Fiscal Year 2017 (Public Law 114-328) required a report on requirements and technology options to address PNT resilience. In addition to this assessment, the committee directs the Secretary of Defense, in coordination with the Commander of U.S. Northern Command, to provide a briefing to the Committee on Armed Services of the House of Representatives by December 15, 2017, on the risks associated with disruptions to the Global Positioning System (GPS) that could affect defense of the homeland and other defense activities in the United States. The briefing shall include the requirements for PNT reliability and redundancy for Department of Defense operations in the United States, an analysis of the extent to which defense of the homeland operations rely on accurate PNT signals from GPS, and an assessment of alternative sources of PNT that could be used as a backup to ensure continuity of operations in the event of a major disruption to GPS.”