‘Military Should Use European, Japanese SatNav For Resilience’ – House 2018 NDAA 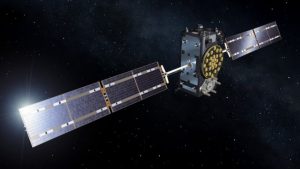 The recently released House version of the 2018 National Defense Authorization Act (NDAA) calls upon the Secretary of Defense to figure out how to incorporate the EU’s Galileo global navigation satellite system, and Japan’s QZSS regional navigation satellite system into military equipment along side the US’s Global Positioning System (GPS). Using more than one satellite navigation constellation is widely regarded as increasing user resilience (if one constellation goes bad the user could rely on another) and often accuracy (more satellites, probably better geometry).

Language about use of Galileo and QZSS