Editor’s Note:  Another excellent article by award-winning reporter Dee Ann Divis. A great summary of where these projects stand in the US and Europe. It is interesting to reflect that, after much controversy, the US shutdown it’s Loran-C system and has yet failed to follow-through on its promise of eLoran. Europe held on to Loran-C six years longer and seems to be getting to eLoran ahead of the United States. Several jammer sampling studies and proximity to Russia have perhaps given Europeans a better appreciation of the threats to GNSS signals and the impact of a significant disruption. Even if the event were confined to a single metropolitan area, the results could be disastrous. 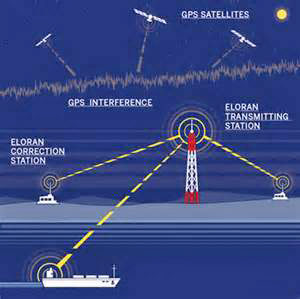 Though the United States has been working on a backup for GPS for years, and was actually close to completing an equipment update to that end in 2009, Europe may be the first to put in place a fully independent alternative for positioning and timing data — an economic insurance policy against satellite navigation signals being jammed or disrupted.

Led by the United Kingdom, the Europeans are weighing how to deal with the vulnerabilities created by relying solely on signals from GNSS. As in the U.S. their options include recycling their old Loran C navigation sites to support an enhanced Loran (eLoran) service as a backup for GPS and Galileo.

“There is a very increased focus on GNSS resiliency at the moment,” said an expert familiar with the issue. “A number of countries in Europe are working towards PNT (position, navigation and timing) strategies,” the source said, adding that “there’s a lot of discussion about PNT in the round — not just GNSS.”

The European Commission (EC) is funding a study in support of a European radionavigation plan, said the source, and that study discusses the need for resilient PNT and looks at using terrestrial systems as well as space-based signals. The European Space Agency is also taking a broader perspective in its new navigation program, describing its new endeavor as a PNT effort, not a GNSS one, and putting a strong emphasis on hybrid systems, said the expert.

U.K. Initiatives
Feeding into those broad European efforts are two PNT-focused studies in the U.K., including a Blackett Review at the highest levels.

Sir Mark Walport, the U.K.’s Government Chief Scientific Adviser, is conducting the review, which should be completed by the end of this year, several sources, told Inside GNSS. All of those who described the work asked for anonymity to be able to discuss it freely.

The Blackett team is looking at how dependent critical services are on GNSS and, therefore, how vulnerable they would be to GNSS disruption. The study springs from an earlier Blackett Review which recommended looking more closely at timing data, a course of work that was later expanded to include position and navigation.

The review will incorporate the results of a separate but related study looking at the fiscal consequences of a GNSS disruption in the U.K.

“It just looks squarely at the economic impacts,” said one of the experts.

Together, said one of the sources, the two studies will give a well-rounded view of the PNT-related economic and technical challenges faced by the U.K. including critical infrastructure dependencies. Perhaps more importantly, they will also look at possible solutions.

The Blackett Review will include recommendations, the source said, which could range from doing additional studies or developing a strategy to boosting funding in a particular area. The recommendations are quite high level, they said, but carry a lot of weight.

“The recommendations are effectively from the government’s chief science adviser,” the source explained.

The format of the Blackett Review may be especially useful. It is a type of study that follows a set process of analysis and presentation aimed at supporting government policymakers.

“Awareness of the vulnerability of GPS, and of GNSS grows stronger,” said another source. “It’s almost complete amongst engineers but the difficulty is that it’s only patchy amongst politicians.”