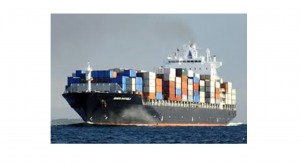 The world’s premier body for development of maritime electronics requirements and standards, Radio Technical Commission Maritime (RTCM), is supporting legislation requiring establishment of an eLoran navigation and timing system in the US.

In letters to each member of the Senate Commerce Committee, RTCM discusses the need for a complementary and backup system for GPS, not only for maritime, but for all critical infrastructure. They also urge Senate adoption of language in HR 2518, the Coast Guard authorization bill, that would require the Secretary of Transportation to establish a national eLoran system.

“Standards bodies have long recognized this problem and the government’s multiple determinations that eLoran is the best solution. We at RTCM have already published a performance standard for maritime eLoran receivers.  SAE is working on an eLoran standard for multi-modal applications, including for critical infrastructure and unmanned vehicles.”

Here is a copy of RTCM’s letter to Senator John Thune, Chair of the Senate Commerce Committee.